Microsoft is replacing JPEG images with a new image format called HEIC in Windows 10, Apple is also doing the same in iOS 11 as well as Google is adopting HEIC images in Android P. Nokia too is also supporting the HEIC images.

Why Is Everybody Craving For HIEC image format?

HEIC is a new image format that allows you take photographs with the same quality as JPEG format but at about 40% of the file size. That means you can store more images on your devices, as well as save data while upload/sharing images over the internet.

You might have seen HEIC mentioned in some places and HEIF as well too. The simple explanation is that HEIC images are based on the technical HEIF standard. You may also have seen HEVC (High Efficiency Video Coding) mentioned. HEVC is what makes the compression that produces HEIC images possible. If all that confuses you, just note that HEIF images have filenames that end in HEIC, similar to how you currently have filenames that end in .jpg, e.g. tellforceb.heic.

In a simply sentence, HEIC is an improvement on JPEG and may ultimately replace it for most case uses. For now though, it isnâ€™t so popular yet, but the big companies are already embracing it. It is already in use on some iPhones. For example, dual camera images captured on iPhone X, iPhone 8 Plus and iPhone 7 Plus use this format. Newer macbooks also already support the file format.

Advertisement
ALSO READ:  Official Music Videos Now On Facebook In The US

Who Developed The HEIF/HEIC Format? 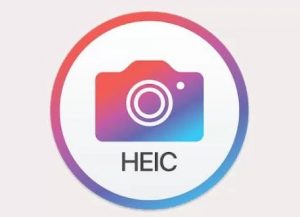 HEIC was not formed by one sole product manufacturer. It springs from the work of the Moving Picture Experts Group (MPEG), â€œa working group of authorities that was formed by ISO and IEC to set standards for audio and video compression and transmissionâ€.

Due to reason of lack of popularity yes, there are compatibility issues with HEIC. Not every device â€“ desktop, cell phone and others â€“ can display HEIC images yet. So, the immediate solution is to let users convert HEIC images to JPEG when they need to view them on unsupported devices.

Another approach that Apple has taken to address the current compatibility issue is provide iPhone users with the option to shoot photos in JPEG instead of HEIC. If you own an iPhone, you can dive into the Settings to change what format your phone uses for camera images.

Android P will come with the ability to take and display HEIC photos, as well as to convert JPEG photos to HEIC.

According to Cnet reports â€œA test version of Windows 10 â€“ a step on the road to a version due this fall â€“ has the ability to display HEIF images in its Photos app and any other software drawing on on Windowsâ€™ built-in imaging foundations.â€

Adoption of HEIC will spread, the initial compatibility issues notwithstanding. Technology that saves storage space on devices and reduces file transfer sizes is gold, as humanity dives headlong into data.

LG G7 One Specs & Price – Powered By The Snapdragon...