TellForce Blog
Home Cryptocurrencies Estonia launches its own Cryptocurrency. Bitcoin co-founder warns investors
Twitter
Pinterest
Linkedin
ReddIt
WhatsApp
Tumblr
Email
Print
Telegram
Join Us On Telegram
Estonia is set to launch its own cryptocurrency and it could move the world to another level. 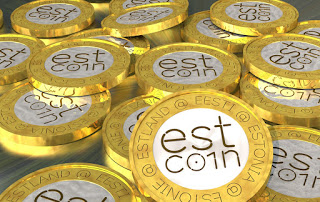 Kaspar in a blog post, wrote positively of the emergence of ICOs (Initial Coin Offerings) – his believe is that the world is experiencing ‘rapid transformation’ by the things.
The post states:

Instead of giving up shares, many startups are now raising finance by issuing their own blockchain-based crypto coins to investors around the world.

The US, Singapore and Switzerland are currently the leading jurisdictions for entrepreneurs considering where to launch their ICOs, although all governments are still figuring out how to regulate ICOs.

Unfortunately for both entrepreneurs and investors, that means ICOs continue to operate in what could be described as legal grey areas at best, while the lack of clarity and trust is holding back the benefits of this innovation in finance.

Raising finance is only half the story of ICOs though.

People who invest in crypto tokens issued by a startup are then strongly incentivised to support the development of that startup in other ways too and they tend to form an online community.

Mentioning the decision to make the process public, he said:

We could have developed the idea behind closed doors first, but openness has always been the best policy for developing the e-Residency programme.

Starting an open discussion at the earliest possible stage has been useful to gather both the feedback needed to refine the idea and the support needed to proceed with it. Both the supporters and the critics have been invaluable.

My initial assumption was that the crypto community would be the most critical of any government involvement in their sector, but the opposite was true.

Entrepreneurs and investors within the crypto world expressed enormous interest and largely seemed to welcome the idea, while traditional institutions were the most critical. Even European Central Bank President Mario Draghi voiced his concern.

The news comes as Bitcoin’s co-founder has sold all of his bitcoins, calling them ‘as good as useless’.
Meanwhile, the chief technology officer of Bitcoin.com, Emil Oldenburg, now believes cryptocash to be the ‘most risky investment you can make’ despite the recent boom in value.
Speaking to Swedish tech site Breakit , Oldenburg described why he no longer has faith in the cryptocurrency:

It costs a lot to transfer bitcoins to and from the stock exchanges. When I sold my BTC I had to pay $50 and wait 12 hours for the transaction to go through because of this.

What is your thought about ICOs? Are they the future?
ALSO READ:  How To Convert Your Bitcoin to Naira