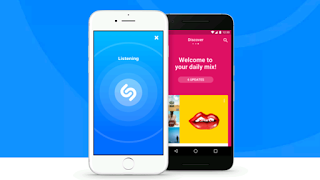 Apple is close in acquirng the music recognition app Shazam for about $400m (£300m), according to reports.
Shazam, a UK based company, founded in 1999, lets people to use their smartphone or computer to identify and buy music via a snippet of sound.
Shazam, says it can boast of more than 100 million monthly users, makes most of its revenue from commissions paid on referrals to Apple’s iTunes Store.
Neither of the two companies – Apple nor Shazam – have commented on the TechCrunch reports on the acquisition.
If the deal is real, Shazam will then become the latest in a string of UK technology firms to be acquired by bigger businesses.
The influential Music Business Worldwide site points out that the reported price is significantly less than the $1bn valuation placed on Shazam during its last funding round in 2015.
By buying Shazam, Apple would basically do away with the middleman and save money on commissions.
This move is actually not too good for competition as Shazam would no longer be referring people to Apple’s rivals Spotify and Google Play Music.
The deal would also help the Apple Music service gain ground on Spotify, by making it easier for users to find songs and add them to playlists.
Currently, Spotify has 60 million users worldwide, while Apple Music has just 27 million.
ALSO READ:  The Launch Date, Specs nubia Red Magic 6S Pro Officially Revealed

Tecno Extends Its Partnership Deal With Manchester City For Years