TellForce Blog
Home News Xiaomi sold 10 million phones in October
Twitter
Pinterest
Linkedin
ReddIt
WhatsApp
Tumblr
Email
Print
Telegram
Join Us On Telegram
Xiaomi has repeated what most will call amazing record by
repeating the same feat it achieved in September after selling up to 10 million
phones in October. Xiaomi CEO Lei Jun posted the good news on his Weibo account
while reminding people of the imminent sale of the Mi 5X (also known as Mi A1
elsewhere) on November 1. 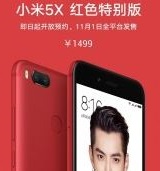 Besides, the company lately set an ambitious target for
itself – to ship 90 million handset in 2017. A 50% increase over 2016 (58
million) and a massive growth compared to 2015 (its greatest year of achievement
for now after shipping 70 million). 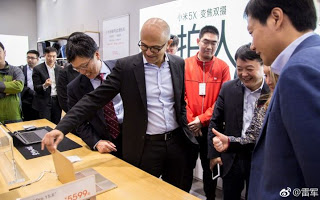 Jun states that Xiaomi and Microsoft have a ‘very close
cooperation’ for phones, laptops and cloud services.
Source
ALSO READ:  The New Light Theme in Windows 10 Is Cool

Walmart reportedly planning to enter the metaverse, to creates its own...