Red Alert 2.0: A malware that steals your bank account details 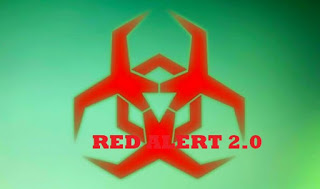 Can Android ever be free from malware? A rhetorical question
indeed. Yet again, there is what is called Red Alert 2.0 Trojan. It is a malware
whose main drive is to snitch your banking and social login details from your
Android device.
A Trojan, mostly known horse, is any malicious computer
programme – this also applies to mobile devices – that looks to be harmless but
tricks users of its true mission, thus download and install it on their systems.
It may offers unauthorised access to your device or cart away with sensitive data.
How Does Red Alert
2.0 Trojan Works
Red Alert 2.0 is hidden in mere sight in third-party app
stores a fake versions of legitimate banking or social networking mobile apps.
You could run a search for XYZ bank and find an app that looks exactly like the
XYZ bank app that you know. You would install it without realising that you
were installing a fake
When you launch the app, of course, it presents you with
what appears to be your regular bank app login menu. Should you proceed to
enter your login details, voila! They are sent to the hackers over the internet
and they now have access to your bank account.
What Is New About Red
Alert 2.0
This Trojan has a few new tricks too. It is able to
intercept and block incoming verification calls from banks and social networks.
It can also intercept verification SMS and harvest info from those text messages
for the use of the hackers.

The summary is that once Red Alert is active on your mobile
phone, thieves can steal your login details and your money while keeping you
unreachable by your bank if they suspect malicious activity going on. Nasty
boy. This makes the Trojan especially dangerous.
Related Posts

Another problem that researchers point to is the fact that
the Trojan is being sold on hacking forums for as low as $500, meaning that it
can get in the hands of a lot of bad people easily.
Is Your Smartphone In
danger Of Red Alert 2.0?
Red Alert 2.0 allegedly work on phones running Android
version 6.0 (Marshmallow) and earlier.
What To Do?
Researchers say that RedAlert 2.0 targets over 60 Android
banking and social apps. However, the number can increase quickly, considering
how cheap the trojan is being sold. Here are the things you can do to keep
yourself safe:
Upgrade your smartphone to Android 7 Nougat, if there is an
update available for it. This automatically takes you outside of the scope of
Red Alert 2.0, as researchers say the trojan works only on smartphones running
Android version 6.0 (Marshmallow) and earlier.
Be careful where you install your Android mobile
applications from. The official app market is your best bet.
When you run a search for a banking or social networking
app, always take a closer look at the details. Often there are little tell-tale
signs that can give you a tip. Where in doubt, do not install.
When wanting to install banking and social apps, if
possible, use a link provided on your bank’s portal.
Share

What’s eSIM about? How it works and its importance