Google Drive is now a popular alternative to The Pirate

By Andre Falana On Sep 9, 2017
Share
Join Us On Telegram
After the one of the most popular notorious illegal download site KickassTorrents was shut down a while ago, other torrenting sites were also shut down.

But, the Pirate Bay seems to still be alive and staying around. This appears like pirates have discovered another means of gettng their illegal downloads. Now, they make use of the Google Drive. 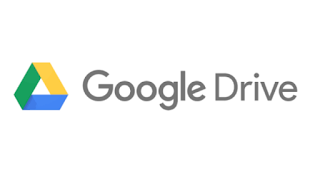 Google has been besieged with a lot of requests to take down files hosted on its cloud storage service. According to Gadgets 360, Hollywood studios and various other copyright holders have sent up to 5,000 takedown requests. This has become such a prevalent problem that with each complaint, there is at least a dozen Drive-hosted files.

Apparently, pirates have come up with various ways to get past Google’s defenses. Often, these people would share empty links with embedded YouTube videos to avoid detection.
To avoid getting caught, pirates have made all of these clips unlisted, instead opting to distribute these files on numerous underground forums. Thus Google has a harder time finding these files and flagging them.
Related Posts

To fight this, Google revealed that it’s using a technique known as file-hashing to thwart the spread of infringing content. However it turns out that it has not quite been effective.
Google Drive is not the only service that these pirates have been able to abuse. Apparently, illegal uploaders figured out a way to send streaming links through My Maps, since Google has no verification protocol on the platform.
The reason for this phenomenon is Google’s ease of accessibility and the abundance of storage to work with. A Google account gives you access to both Google Drive and YouTube, which is something you cannot get DropBox. Furthermore, Google offers 15GB of storage to its users, which is a lot more than OneDrive’s 5GB and DropBox’s 2GB respectively.
However, given that Google, Microsoft and other tech giants have been put under intense pressure by copyright holders, no one knows how long the pirates have before Google clamps down on their activity.
Source
Google DriveStorage
Share

MTN Nigeria Introduces YouTube Data Plan, How To Activate it.

Google to end its Unlimited WhatsApp Backup Plan for Google…