By Andre Falana On Aug 29, 2017
Share
Join Us On Telegram
The telecom subscribers in the country will pay more for
telecom services if the industry regulator accedes to telecom operators’ demand
for 100% increase in prices of data and voice calls, Daily Trust has learnt. 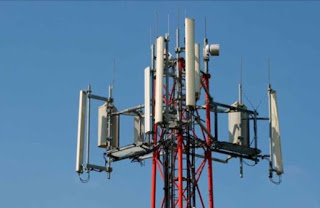 Several sources within the Nigerian Communications
Commission (NCC) and from within the industry have told our reporter of the
fresh move to review call and data tariffs upward by about 100 per cent.

An NCC official, who spoke to Daily Trust on condition of
anonymity because he has not been cleared to speak on the matter, said telecom
operators had been making a case for price increment since the first quarter of
this year.
He said they complained of rising cost of production and
that they could no longer carry on with current call and data prices.

“The costs of
expanding capacity and their networks have increased with the devaluation of
the Naira against the US Dollars, and most consumers now spend less on
telecommunication services, especially voice calls, compared to previous
years,” another official at the NCC said.

Experts said due to rapidly declining average revenue per
user for voice calls, which since 2004 has decreased from just over $15 per
month per subscriber to a new low of $4 due to the current economic crisis,
telcos have been finding it increasingly difficult to make ends meet.
In the last 10 years, a drastic reduction had been recorded
in call and data tariffs.
On-Net and Off-Net per minute tariffs which now stand at
N12.01k and N12.64 respectively used to be N24 and N75.30k.
An industry source said if the NCC accedes to the telcos’
demand, subscribers will now pay close to N24 per minute and about N2,000 for
one gigabyte of data per month, from N1000 currently being charged by most
operators.

The Association of Licensed Telecommunications Operators of
Nigeria (ALTON) had complained of decreasing revenue of its members due to
increasing operating cost and intrusion of Over The Top services.
ALTON’s Chairman Engr Gbenga Adebayo said increasing usage
of Over The Top (OTT) services by customers was adversely impacting on
traditional telecoms platforms.
He quoted Ovum, the independent analyst and consultancy, as
saying the growing adoption of OTT services by customers instead of traditional
telecoms services will occasion global revenue loss of $386 billion over a
period of six years (2012 – 2018) for the traditional telecom operators, thus
endangering network development.
In Nigeria, Daily Trust investigations showed that voice
minutes have been declining due to the impact of OTT.
Engr Adebayo confirmed that the core voice and SMS revenues
were decreasing continuously due to impact of OTT players who offer voice,
video and messaging services free of charge to their users.
The increasing adoption of OTT applications by telecom subscribers
is also negatively impacting on incoming international traffic as well as SMS
at huge cost to the telcos but generating revenue to OTT, he added.
On the other hand, the National Association of
Telecommunications Subscribers (NATCOMS) has advised NCC not to review the
rates for voice and data services upward.
NATCOM’s President, Chief Deolu Ogunbanjo, said the review
of the rates was not necessary, with the present economic situation of the
country.

“I don’t think this is the right time to do any upward
review. Government and its agencies, and the operators should be sensitive to
the plight of the people.

“They should understand that we are just coming out of
recession and subscribers shouldn’t be confronted with this again,’’ Ogunbanjo
said.

He said that instead of reviewing the rates upward, the
regulatory body and the operators should rather consider a downward review.

YouTube now has a new logo and lots more