By Andre Falana On Aug 4, 2017
Share
Join Us On Telegram
Everything is getting smart. The NFC Forum has announced its partnership with the Active
& Intelligent Packaging Industry Association to help develop smart
packaging for food and other products. This means that soon, products in
supermarkets and other points of sale can be inspected by just tapping it with
your phone. 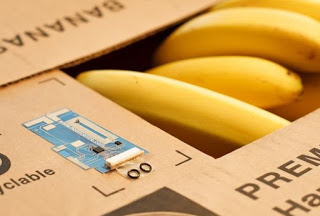 Now, the groups involved in this partnership expect early
examples of this experiment to include interactive tags and labels that would
pull up information about a product on your phone.
The groups also say that NFC-enabled time and temperature
monitors could be put to early use, possibly allowing grocers to know how long
a cut of meat has been sitting out, and whether its temperature has been
properly maintained.
Related Posts

That said, NFC presents a lot more hurdles. For example, QR
codes can just be printed on a box, while smart packaging with NFC requires
electronics and a battery. This is expensive compared to typical product
packaging. These issues suggest that NFC-enabled packaging will likely only be
used in limited circumstances. For example, it could be used on packaging for
higher-end products, or it could be used for bulk packaging. The latter could
give people handling inventory more information on what they’re working
with.
The two industry groups expect the usage of NFC-enabled
smart packaging to become a reality soon. They claim that NFC-enabled packaging
will increase at a double-digit annual ate until NFC becomes more commercially
feasible for large-volume consumer products instead of for primarily high-value
goods. Their hope is that smart packaging will let companies lower costs,
reduce wastes and increase profitability. Though, again, the companies will
have to do this to a large enough extent to offset the costs of embedding NFC
equipment and other sensors all over the place.
In addition to the partnership on smart packaging, the NFC
Forum announced a second partnership: one with Wireless Power Consortium to
make NFC work better with the Qi wireless charging standard. It is not clear
how the two groups see the two standards working together, but they claim the
partnership could lead to smaller and cheaper charging devices.
Source
Share

Smart Shoe: You can never miss your road with this shoes