By Andre Falana On Aug 2, 2017
Share
Join Us On Telegram
Samsung dispatched 22.1% of all smartphones around the globe
in Q2 2017, upholding its leading position in the smartphone market. 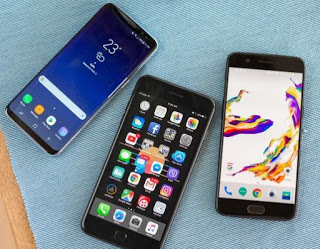 Samsung recuperated from the Galaxy Note7 fiasco with ease,
with 2% rise from 77.6 million units in April-June 2016. Apple is still the second
best, though it shipped more units YoY, but failed to match the overall market
increase.
Huawei and Oppo came third and fourth respectively. Huawei
recorded an increment of 10.7% share reaching 38.4 million units shipped, up
from 32 million a year ago.
Related Posts 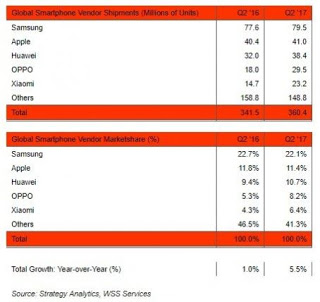