By Andre Falana On Aug 27, 2017
Share
Join Us On Telegram
Oxygen OS 4.1.7 is now available for OnePlus 3 and OnePlus 3T, coming with the Android August security patch, are some bug fixes and enhancements to the two smartphones. 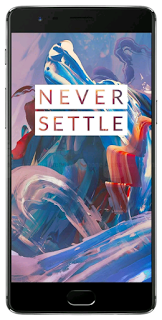 According to the official OnePlus website, the update will improve the touch latency of the handsets. Furthermore, there are some other enhancements to the two models, which includes an optimization to the batteries powering both units.
One surprising fact is that the latest OnePlus phone, the OnePlus 5, currently has an older version of the Android security patch (July). The complete list enhancements and changes for Oxygen OS 4.1.7 for the OnePlus 3 and OnePlus 3T are as follows:
Related Posts

Improvements:
Bug fixes:
The update will take about 1.4GB data for complete download, and if you wish to have it earlier than the official release on your OnePlus 3 or OnePlus 3T, simply click on the sourcelink below for directions on how to flash Oxygen OS 4.1.7 directly to your smartphone.
Source | Via1, Via2
OnePlusOnePlus 5OS
Share

Is Your Bedroom The Best Place for Your Sleep?