Very soon, you may be unable to make international calls because telecoms operators owes their foreign partners

By Andre Falana On Jul 18, 2017
Share
Join Us On Telegram
Some Nigerian telecom operators are said not to have been honoring the agreement they signed with foreign telcos in forex. 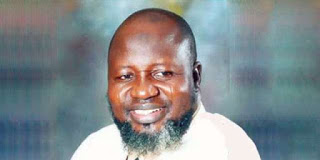 Subscribers might not be able to make international phone calls in the very soon because foreign service partners (who work with telcos for access to international networks) are allegedly threatening to disconnect local operators.
According to a report in The Guardian, foreign telcos have threatened to disconnect local telcos over an alleged breach of agreement. Apparently, some Nigerian telcos are not honoring their obligations to these foreign telcos in forex.
The report says Gbenga Adebayo, Chairman of the Association of Licensed Telecommunications Operators of Nigeria (ALTON), discolsed this information, saying that some of the foreign vendors have issued a notice of disconnection of service to their Nigerian partners.
Related Posts

AT&T , T-Mobile , Orange Telecom, and equipment vendors like Sony, Comat and Metracom , are just some of the companies who have issued this disconnection notice, says a report from The Guardian.
One reason why telcos a failing to meet their obligations to these foreign counterparts, according to ALTON chairman Adebayo, is that telecommunication equipment is not on the list of on the list of items given priority for forex by the CBN.
This, in turn, leads to an increase in operating costs, unfavorable credit terms, and delay in the implementation of network enhancement and improvement initiatives.
The report says NCC spokesperson Tony Ojobo said he did not have any knowledge of these threats, saying if they do exist, there is nothing the NCC can do if it is not notified officially.

“We can’t respond to third party’s letter that was not written officially to the Commission. When they are sending letters like that, they should write to the NCC officially; they can even extend it by petitioning the government directly, because allocation is a national issue,” said Ojobo, says the report.

All of this simply means if the situation is not resolved soon, subscribers will be unable to make business or personal calls to foreign lines. Parents with children in foreign schools, businessmen who need to interact with their foreign partners and so on.
This represents yet another instance in which the Nigerian government (and the Nigerian business environment) has failed companies and organisations trying to make money and improve their services for their customer’s sake.
CBNNCC
Share