By Andre Falana On Jul 18, 2017
Share
Join Us On Telegram
In a bid to keep up with Apple and Google’s competition,
Samsung announced the inclusion of PayPal to its payment process for in-app,
online, and in-store purchases paid using Samsung Pay. At the start, only US
users will have access to the functionality, however it will gradually be
expanded to other countries. 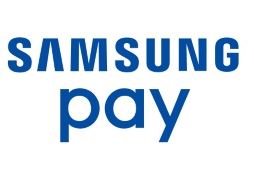 Following the agreement between Samsung and PayPal, customers
will be able to access and use their PayPal wallet and balance wherever Samsung
Pay is accepted. The payment method works on nearly all terminals where a card
can be tapped or swiped.

Business people will also be able to accept Samsung Pay as a
payment method when the service becomes available via Braintree Direct. The Korean
company says the integration is accomplished with just a few lines of code and
enables a faster, more secure checkout.
Samsung’s move follows Apple’s addition of PayPal support to
the App Store, iTunes, and Apple Music in Canada and Mexico, while the service
will gradually be expanded to other countries. Earlier, PayPal functionality
was integrated into Siri, the AI voice assistant.

On the other hand, Android Pay was the first to introduce
the concept of PayPal integration, which was announced in April this year.

Google Allo update: You can now react to messages in chat