By Andre Falana On Jul 9, 2017
Share
Join Us On Telegram
The Federal Government of Nigeria has taken over the responsibility for the remittance of N900 million monthly for the cost of the devices to be issued to 200,000 N-Power volunteers nationwide. 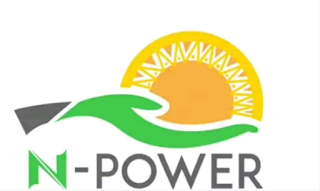 The Senior Special Assistant to the President on Job Creation, Mr Afolabi Imoukhuede, disclosed this on Friday in Owerri during an interactive session between the Monitoring and Evaluation (M&E) team of N-Power and volunteers in Imo.
The presidential aide explained that the gesture was an additional incentive to the volunteer to enable them to maximise the benefits of the scheme in two years.
“The monthly device credit that we extended to each of you is N4,500 and it will cost the federal government N900 million.

“We plan to deduct the cost from your N30,000 monthly stipends but the President and Vice President decided that we enter into Asset Finance understanding with Bank of Industry (BOI) on your behalf.

“The money does not have any impact on your stipend but the tools are for your personal development,’’ he stated.
Imoukhuede said that the distribution of the first batch of the devices would commence on July 15, but urged those not captured to wait for their turns as they would receive messages when to visit the distribution centres.
He restated his distaste for the conduct of volunteers who perpetually absented themselves from work and explained that the scheme “is a full-time volunteer work’’ for beneficiaries.
Accordingly, the presidential aide announced that anyone who abuses the purpose of the scheme will be severely punished.
Related Posts

He reminded the volunteers that the scheme was a fulfillment of the campaign promise of President Muhammadu Buhari to “dent the unemployment scare in the country’’.

“N-Power is promise made and promise kept; we have deployed 200,000 graduates and looking forward to deployment of another 300,000 while non-graduate redeployment will be done from July ending,’’ he noted.
He said the state institutional partners were empowered to monitor and discipline erring beneficiaries, saying all volunteers must obey the rules existing in their places of work.
“That you are paid directly is a strategy not to abuse the process but that does not in any way whittle down the powers of the state stakeholders to discipline you.

“The stipends that you receive is payment for work done and you must go to work, clock in and out, and refrain from frivolous excuses to be absent.

“Your performance is in your hands because the president has given you a chance to acquire employability skills and experience,’’ Imoukhuede reminded them.
Before the session, Imoukhuede led the M&E team to dialogue with Gov. Rochas Okorocha, where he urged the state to take full responsibility for monitoring and evaluating the volunteers in Imo.

According to him, 4,334 volunteers were posted to the state while 3,848 qualified to be deployed after physical verification.
He told the governor that out of the 1.99 million applications received so far in the on-going exercise, 105,336 Imo graduates across the country applied with 45,798 of them were resident in the state.
He said that 50 per cent of the applications were from Owerri North, Owerri South and Owerri West, and advised those in the rural areas to utilise the remaining days to apply as they stood better chances for selection.
Okorocha hailed the scheme as laudable and requested the federal government to domesticate the engagement process to enable states to drive down its impact to the grassroots.
Share