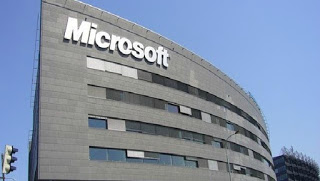 U.S. software giant Microsoft has announced plans to open two new cloud data centers in South Africa, in order to provide Microsoft Cloud services for the African market from centers based on the continent.
These hyperscale data centers will be built in Cape Town and Johannesburg, representing a strategic advantage for Microsoft, as they will be the only top-tier cloud provider with a data center presence in Africa.

With availability of cloud services expected in 2018, the services that will be delivered via the two South African data centers will include Microsoft Azure, Office 365, and Dynamics 365, offering enterprise-grade reliability, performance and data residency, according to CNBCAfrica.

Julia White, corporate vice-president for Azure and Security at Microsoft, announced the plans for two new cloud data centers, bringing the total of Microsoft’s Azure regions around the world to 40.

“We are announcing for the first time that the Microsoft Cloud will be delivered directly from Africa with data centres in Johannesburg and Cape Town, with initial availability of our cloud technologies in 2018,” said White, according to Techcentral.
Related Posts

HMD Is Moving Data From Nokia Phones To Finland, To Improve…


White revealed that services will be improved from “Cairo to Cape Town”, pointing to the “incredible innovation and growth” on the African continent as reasons for Microsoft’s decision to deploy locally-based ICT infrastructure.

Cloud data centers in Africa due to growth prospects


Commenting on the benefits for Africa and the reason that South Africa was chosen to host the two data centers, Jon Tullett, research manager of IT Services at IDC Africa, mentioned that the investment by Microsoft would be warranted by the potential they see for revenue and growth of their customer base.

“Clearly, we have reached whatever threshold Microsoft needed to see, in terms of revenue and growth, to make it worthwhile investing in the country. This is not only good for Microsoft and its partners, but reflects really well on South Africa in terms of cloud adoption,” Tullet said, according to IT-Online.

“What we’ve been saying in terms of cloud growth is clearly mirrored here by Microsoft’s cloud strategy. Through their actions, they are saying that the market is growing at a fast enough pace to warrant a substantial investment and that is very good news for the entire cloud ecosystem in South Africa,” he added.

Cloud computing technology allows for storing and accessing of data and software over the internet rather than a particular computer hard drive, with applications for Africans spanning across entrepreneurship, education, government and various other fields, and local data centers mean more reliability and increased availability of the services that Microsoft provide.
Source: AFKinsder
Data center
Share

MTN gives reasons behind the changes in BetaTalk Bonus details

Atleast for now, Fuchsia is not replacing Android

HMD Is Moving Data From Nokia Phones To Finland, To Improve Data security,