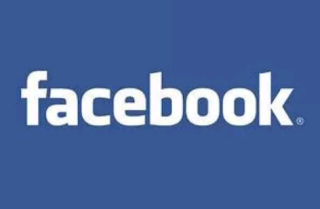 It appears Facebook companies are putting themselves in serious mess because fines are just coming from every angle.
The latest is the Facebook which was slammed a fine of $122 million fine by the European Commission (EC) for not holding on to its words by linking he profiles of WhatsApp users and those of Facebook after the acquisition of WhatsApp.
Facebook had initially claimed it would not link the profiles of the two together.
When WhatsApp revised its terms of service and privacy policy in 2016, and included in the update, the possibility of linking WhatsApp users’ phone numbers with Facebook user’s identities, the Commission after conducting an investigation said that “the technical possibility of automatically matching Facebook and WhatsApp users’ identities already existed in 2014, and that Facebook staff were aware of such a possibility.”

So basically, the 2016 update was just a cover of what has been in the kitchen for some two years back (2014).
According to Margrethe Vestager, European Union’s anti-trust chief,
“Today’s decision sends a clear signal to companies that they must comply with all aspects of E.U. merger rules. And it imposes a proportionate and deterrent fine on Facebook. The commission must be able to take decisions about mergers’ effects on competition in full knowledge of accurate facts.”

Facebook, while responding to the decision said it “acted in good faith” during its interactions with the European Commission, and that it “sought to provide accurate information at every turn.”

The statement added that ”the errors we made in our 2014 filings were not intentional and the Commission has confirmed that they did not impact the outcome of the merger review.”

OUKITEL U11 Plus 4G Specification and Price