By Andre Falana On Apr 4, 2017
Share
Join Us On Telegram
Supporters and lovers of suspended senator, Ali Ndume, have taken to the street to stage a protest over the 6-months suspension placed on Ndume by the upper champer last week. 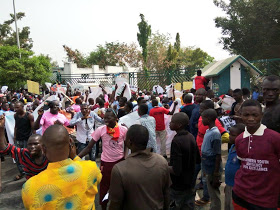 Recall that Ndume asked the senate to probe the allegations reported by Sahara reporter against Senator Dino Melaye and the Senate President, Bukola Saraki. 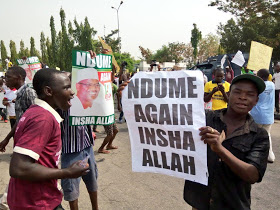 The senate decided to suspend Ndume for moving a motion for the investigation of Sahara Reporters claims that Senate President Bukola Saraki imported a Range Rover bulletproof SUV without paying the necessary Customs duty and also that Dino Melaye did not graduate from he Ahmadu Bello University ABU, without proper investigation from his end.
Related Posts

The senate committee on Ethics and Priviledges investigated the claims and found out that all the accusations were false.
His supporters are now calling for the senate to revert their decision by lifting the 6 months suspension placed on him. 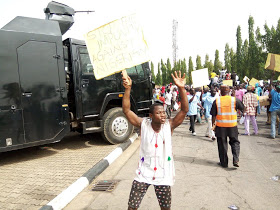 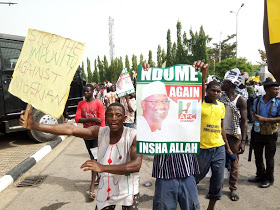 Crying is good for your Mental Strength – Proved by Scientists