By Andre Falana On Jan 26, 2017
Share
Join Us On Telegram
Related Posts

Students of Federal Polytechnic Bida have constructed a “mega solar energy panel” to boost electricity supply to the institution.

The project was carried out by students of the department of Electrical Engineering and their lecturers, was also meant to provide skilled manpower to the country.

Dr Abubakar Dzukogi, the Rector of the polytechnic inaugurated the project on Tuesday and said that the enhanced power supply would raise the academic performance of students.

Dzukogi was later interviewed by the News Agency of Nigeria (NAN) said that the management would encourage other departments to also contribute more meaningfully to Nigeria’s quest for technological development. 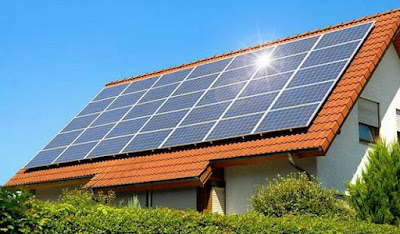 He said that the project was initiated by the students and staff of Electrical Engineering department of the polytechnic to address the problem of erratic power supply to the department and school as a whole.

The rector also said that the management would support those involved to extend the scope of the project to cover the entire polytechnic.

Dzukogi also stated that â€œWe have already set up a committee to look into the possibility of harnessing the solar energy potentials of the institution with a view to utilizing such potentials to power the entire polytechnic. We hope as soon as the committee on solar energy finished its assignment, the entire polytechnic is likely to benefit, and the problem of power outage would be a thing of the past.”

MTN Nigeria to introduce fee on share and sell service

Xiaomi Working On A Full-screen Smartphone With Integrated Solar Panel

Xiaomi Working On A Full-screen Smartphone With Integrated…