We don’t have much time left before the official unveiling and release of the stable version of Android 11. Google recently announced an open beta of the new version of the OS.Â One of the most interesting features is the presence of a Recycle Bin for deleted photos and videos.

How The Recycle Bin On Android 11 Works

It’s function is similar to what we have on Windows. When you give any application the ability to the store data, the Trash will automatically turn on. The difference in the operation of the Recycle Bin is that it has the ability to completely delete files from the device. 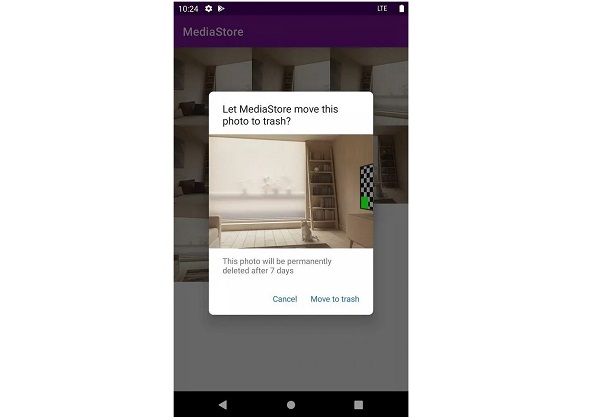 Files will be completely removed from the device automatically only after 30 days of deletion. Apparently, in the future, it will be possible to delete files immediately, without a mandatory stop in the Recycle Bin, but this is actually the guesswork of geeks and developers.

Android fans know that their favorite company has implemented a similar system in their Google Photos photo viewer for quite some time. In it, if you delete a photo or video, it is not erased immediately, but is moved to the trash. If the user does not return the files from the recycle bin, they are deleted permanently after 60 days.

To see some of the features that may finally come with the stable version of Android 11, click HERE.

ALSO READ:  Samsung Galaxy S9 may be announced in January next year
Advertisment