It claims that LG’s recent adverts insinuates that there are “defects” on its QLED TV and 8K TV technology. Samsung Electronics objects to LG’s OLED TV commercial which says that Samsung TV black colour is inaccurate. 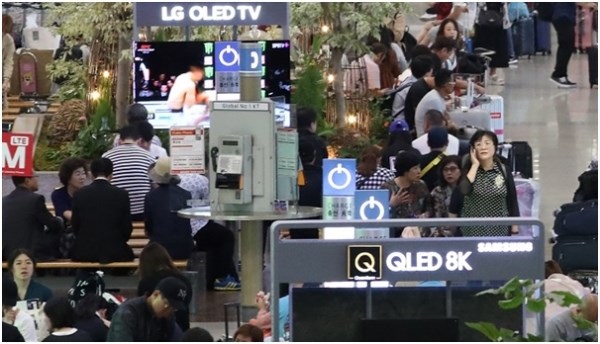 According to Samsung, LG has no basis for this claim and there is no exaggeration in its colour performance. Regarding Samsung’s lawsuit, LG has this to say;

“We believe that the FTC will give us a reply to see if there is any false publicity on Samsung’s TV commercials, whether it violates the Fair Label and Advertising Law and the Fair Trade Act.”

A Law Suit To Counter Another

According to reports, Samsung’s move is to counter the previous LG’s lawsuit. Last month, LG filed a lawsuit against a Korean corporate regulator on a TV commercial of Samsung Electronics, accusing its QLED brand of being “exaggerated and misleading.” LG said that Samsung’s 8K TV is clearly an LCD TV. It is hard to promote QLED TV and in the face of LG’s lawsuit, it also chose to sue.

Dark Mode On Facebook Android Set To be Released With More...

Samsung to refund $10 to all Galaxy S4 users for cheating...