A few months ago, realme unveiled its Mascot ‘Realmeow’ and has been using it to promote its products and services. Now, its potential rival POCO has announced its own version and says it is “Made Of Mad“. 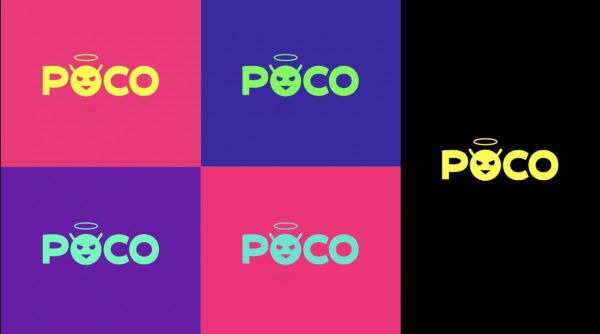 POCO India has announced a new Logo and a Mascot today. The company says that it tends to re-define madness with the new changeover. Accordingly, the emoji has a pinch of madness, evil, and a bit of Goodness as well.

Apparently, the logo is to kindle a state of confusing emotions in people’s minds. Denoting that every individual is looking for alternatives, the mascot appears instead of ‘O’ in the new P’O’CO logo. As you can see below, it has four different indicators.

The first Halo on Top of the emoji signifies a sense of Goodness. This appears like a crown on top of Angels. The Horn-like Antennas on the head of the emojis are for representing the Naughty side of the Mad. The eyes have a bit of an Evil look that is not always in harmony with the Halo.

Finally, the inverted Triangle is for the Sharp wit that the company does on its social media handles from time to time. Do note that the new Logo change is currently reflecting only on POCO India and not the POCO Global division.

POCO is 1-year old as an independent brand and the company is trying to show itself as a distinct brand from Xiaomi. However, it has mostly been rebranding phones with few tweaks from the latter lately. The POCO M3 is just an example of it.

Poco is now the third largest smartphone brand in India by volume from online sales, according to Counterpoint Research.