By TellForce Blog On Jul 8, 2022
Share
Join Us On Telegram

Lava has unveiled the Lava Blaze. The handset has a glass back, a first for the segment, according to the company. And the “free service at home” feels downright premium. 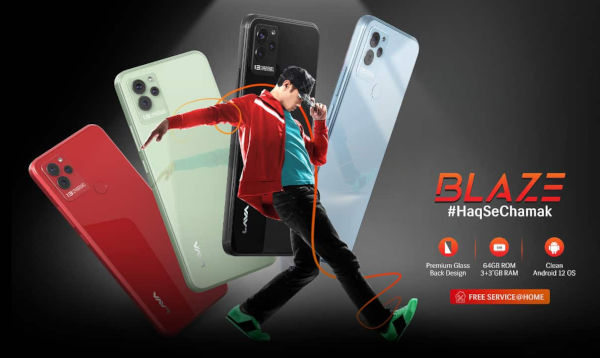 The Lava Blaze is powered by the MediaTek’s Helio A22 chipset, a 12nm chip that has 8x Cortex-A53 CPU cores and a PowerVR GE8300 GPU. That is enough resources to run full Android (some phones in this segment resort to using Go Edition).

The chipset is paired with 3GB of RAM (plus 3GB of virtual RAM) and 64GB built-in storage, which can be expanded using a microSD card.

The handset runs stock Android 12 and Lava is promising 2 years of security patches, but makes no mention of OS updates.

The Blaze has a 6.5” display with 720 x 1,600px resolution. On the plus side, Lava picked an IPS LCD, rather than the cheapest panel it could find. Notched into the display is an 8MP selfie camera. It can do face unlock, though slowly (1.08s to trigger). The rear-mounted fingerprint reader is much faster (0.35s).

Moving to the rear, there is a 13MP main camera with LED flash. Okay, there are three cameras, but since the functionality of the other two isn’t listed, we assume they are macro and depth sensor modules.

The phone is powered by a relatively large 5,000mAh battery that promises over 8 hours of YouTube streaming or 40 hours of talk time. Charging is done over USB-C at 10W. The other wired connection is the 3.5mm headphone jack and there is even an FM radio receiver (we don’t see many of those).

This is a dual-SIM phone with 4G connectivity and a triple card slot (meaning you don’t have to choose between SIM2 and a microSD). Anyway, local connectivity also includes Wi-Fi 5 (ac) and Bluetooth 5.0.

If you happen to crack the display on the Blaze in the first 100 days of ownership, Lava will replace it for free. Also, if the phone needs repairs, Lava will send a technician to your home at no extra cost – you just pay for the repairs. That is the “free service at home” we mentioned in the beginning, it saves you the trip to the service center. 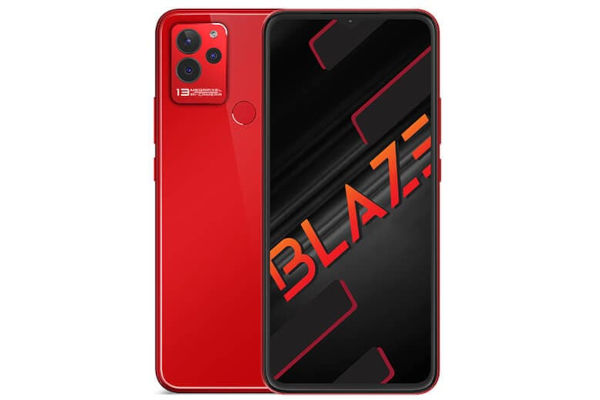 The Lava Blaze comes in four colors: Red, Green, Black and Blue. It is available for pre-order on the company’s official site as well as on Flipkart. The price tag is INR 8,700 and open sales begin next week on July 14. 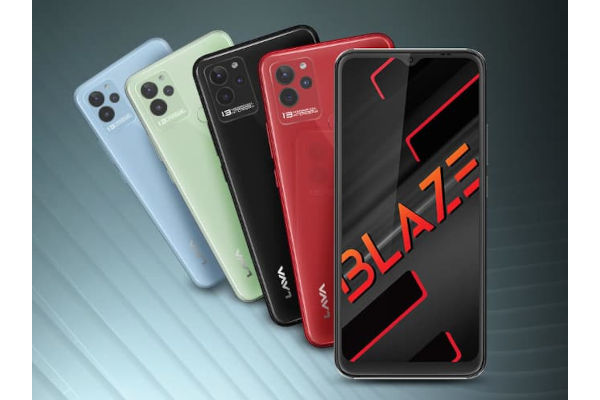 The first 500 customers to pre-order a Lava Blaze will be eligible for a free pair of Lava Probuds 21 (Terms & Conditions apply).