Back in June last year, reports emerged that Facebook (now called Meta) is developing a smartwatch with dual cameras that could launch this year. An image of the watch even appeared online in the latter half of 2021. However, no news about the development of the wearable surfaced since then, until recently. 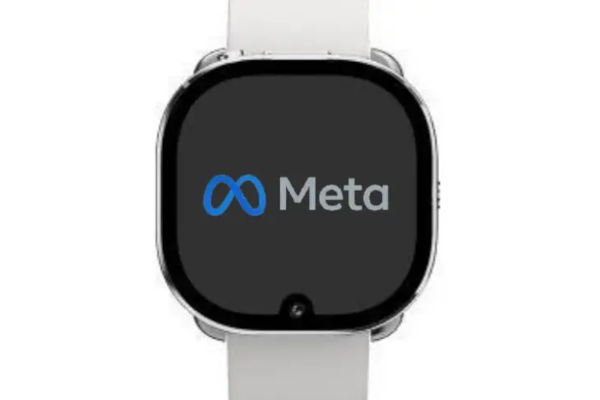 Now, according to a recent report, Meta has stopped developing its dual-camera smartwatch after facing technical issues. Check out the details right below!

Meta’s Smartwatch May Not See The Light Of The Day!

According to a recent report by Bloomberg, citing people with knowledge about the matter, Meta has stopped the development process of a smartwatch that was supposed to come with dual-cameras, health and fitness features, and more. The report states that the company is instead focusing on the development of other wrist-focused devices.

The Meta smartwatch with two cameras was reportedly in development for at least two years. It was expected to include all the usual smartwatch features such as activity tracking, messaging, and music playback along with two cameras, which would have been a key differentiator for the Meta smartwatch. Bloomberg reports that it saw images and a video of the prototype Meta smartwatch with dual cameras. While one of the cameras was located below the display (much like we saw in the leaked image last year), the other camera was at the back of the watch module.

Now, Meta reportedly integrated the secondary camera at the back of the smartwatch to let users quickly take off their watch and capture a scene. However, the design posed technical issues for another top-priority feature for translating nerve signals from the wrist into digital commands.

This feature, called electromyography, is expected to let users use their smartwatch as a “controller” for other devices, including those related to the metaverse. So, we expect that it would have offered similar functionalities as Meta’s unique metaverse gloves that we saw the company unveil late last year. Other than these, the Meta smartwatch was planned to come with support for Wi-Fi, GPS, and even eSIM. As for the cameras, the front camera was planned to be a 5MP sensor, while the rear one was to be a 12MP lens.

Despite all these advanced features and functions, the Meta smartwatch has been reportedly canceled and will not see the light of the day anytime soon. The report also suggests that Meta is focusing on other wearables, though there is a chance that the smartwatch project could be revived by the companyif it deems it relevant in the future. So, we suggest you stay tuned for further updates on the same. Also, let us know your thoughts on Meta canceling its long-awaited smartwatch in the comments below