Meta, formerly known as Facebook, has been planning to release a smartwatch to compete with giants like Apple and Samsung. The reports of the company’s plan surfaced Earlier this earlier this year but there was no evidence to prove its existence until today. And finally, an image of the smartwatch has leaked online, and it showcases the display, casing, and front camera of the Meta smartwatch. 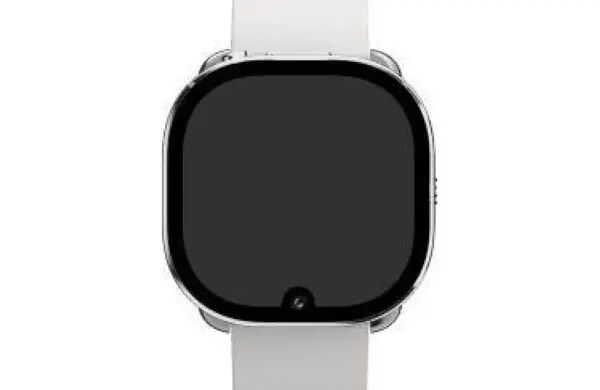 The image was recently spotted by app developer Steve Moser in the companion app for Facebook’s Ray-Ban-branded smart glasses called Facebook View. Moser shared the leaked image with Bloomberg soon after the discovery. You can check it out right below.

As you can see in the image above, the Meta smartwatch looks similar to the Apple Watch with its rectangular design, rounded corners, and slightly curved edges. We can also see a control button located on the right edge.

Furthermore, previous rumors about the smartwatch suggest that it could come with various health features to compete with the Apple Watch models. Moreover, it could run Meta’s in-house operating system out of the box, instead of Google’s Wear OS.

As per the Bloomberg report, a Meta spokesperson declined to comment on the watch and the leaked image. However, another source with knowledge about the matter reported that Meta is working on three generations of the smartwatch that will release in different timelines in the future. Hence, the smartwatch in the leaked image could be a prototype model and might not even release in the market.

Nonetheless, the first iteration of the Meta smartwatch could reportedly launch in the market sometime in early 2022. So stay tuned for more information.