In the light of the directive given by the Nigerian Communications Commission, NCC to the network providers to disconnect all linesÂ that are not linked to theÂ National Identity Number (NIN), we have been able to gather all the processes involved in linking your NIN to your phone number without stepping out of your home or office. 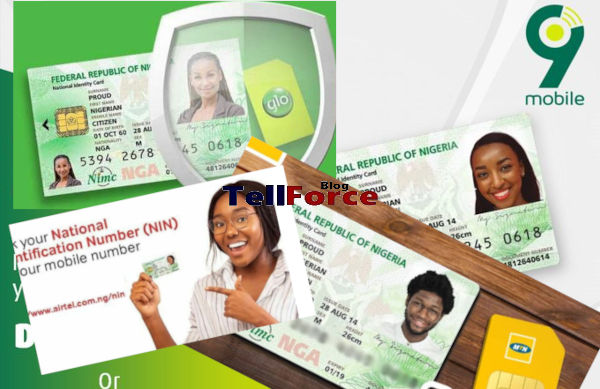 This post concerns majorly subscribers on the four (4) major network providers in the country: 9mobile, Airtel, Glo and MTN. Without much ado, let’s move on.

First off, what does NIN stand for? According to the National Identity Management Commission (NIMC), NIN is a set of numbersÂ assigned to an individual upon successful enrolment. Enrolment consists of the recording of an individualâ€™s demographic data and capture of the ten (10) fingerprints, head-to-shoulder facial picture and digital signature, which are all used to cross-check existing data in the National Identity Database to confirm that there is no previous entry of the same data.

As such if you do not have it, you have to visit the nearest NIMC office toÂ registerÂ as soon as possible.

For those who have enrolled or registered but yet to to be issued the temporary slip or misplaced the NIN number, instead of stressing yourself to the NIN office to get it, you can simply do that with the aid of the newly introduced USSD code.

Link Your NIN To Your Phone Number

How To Link your MTN number to your NIN 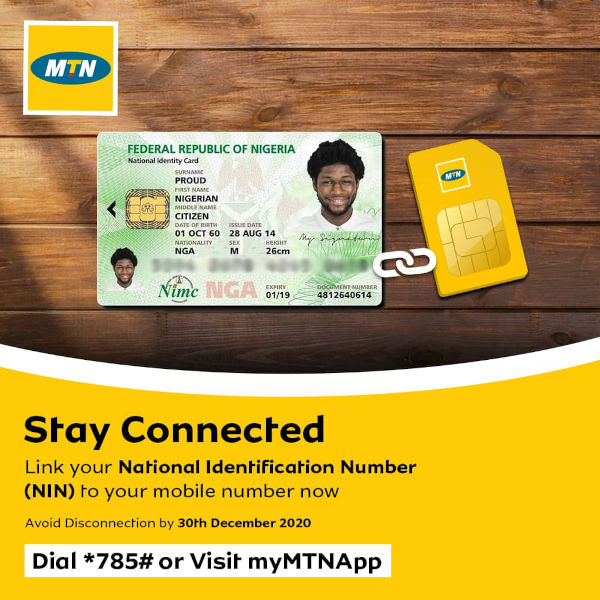 You can link your MTN line to your NIN via the below methods (USSD, Webpage and MyMTN App)

How To Link Your Glo number to your NIN 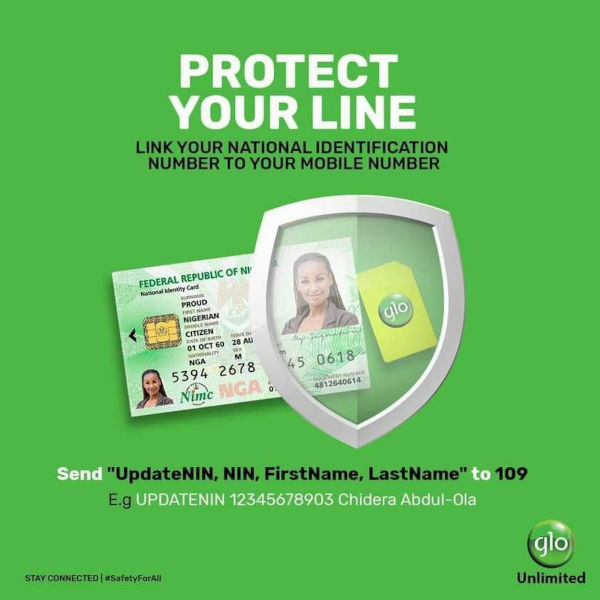 To link your Glo number to your NIN, simply an SMS containing your NIN, first name and last name to 109 ((Send “UpdateNIN, NIN, FirstName, LastName to 109). For example;

Remember to dial *346# to confirm if your line has successfully been linked.

Link your Airtel number to your NIN

Just like MTN, you can also link your Airtel phone number line to your NIN via the below methods (USSD and Webpage.

Link your 9mobile number to your NIN 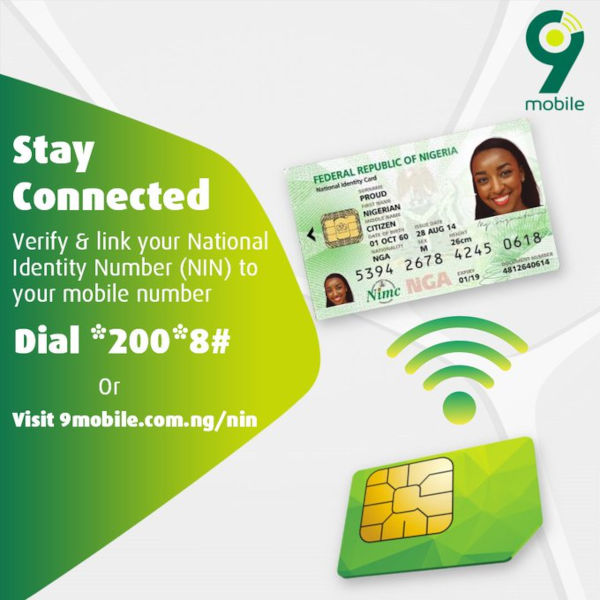