Transsion (parent company of Tecno, Infinix and itel), Xiaomi’s Redmi, Nokia and some others brands may be at each otherâ€™s neck to capture a bigger share of the budget and mid-range smartphone market in Africa, especially Nigeria, but Samsung isnâ€™t giving up.

The Korean tech giant revamped its budget strategy earlier this year with the launch of the first batch of M series smartphones. It was the first time in a long time that we saw Samsung offering a boatload of features at competitive prices. 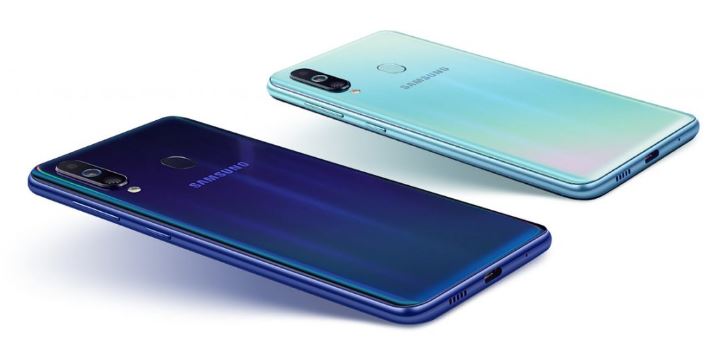 Well, Samsung is looking to continue the momentum built over the previous few months and has today launched the much-awaited Galaxy M40. Itâ€™s a smartphone which brings the likable punch-hole design to the mid-range segment, along with a number of new and high-end features.

Like always, letâ€™s first talk about the build and design of the Galaxy M40. Itâ€™s yet another phone with a plastic body thatâ€™s resemblant to the Galaxy M30 but nowÂ shows off some iridescenceÂ (rainbow-like gradient) like its elder sibling â€“ the Galaxy A50 as well. I quite like the blue color variant we have with us.

The Galaxy M40â€™s display is one of the key highlights of this smartphone. Samsung has today launched the most affordable phone with a punch-hole display design, the one we have already seen on the Galaxy S10 series (which Samsung calls the Infinity-O display) and it looks great.Â Galaxy M40 features a 6.3-inch TFT LCD displayÂ with a Full-HD+ (2340 x 1080p) resolution.

Under the hood, Samsung has decided to finally replace its Exynos chipset with the more popular and powerful Snapdragon 675 chipset. Yes, this isnâ€™t a joke and Samsung is now really giving users the performance theyâ€™ve been asking for. The chipset is coupled with 6GB of LPDDR4x RAM and 128GB of storage, which is expandable up to 512GB.

In the camera department, well, you get aÂ 32MP (f/1.7) primary lens, alongwith an 8MP (f/2.2) ultra-wide angle lens, and a 5MP (f/2.2) depth sensorÂ in the vertical module on the rear.Â  The punch-hole in the display houses a 16MP (f/2.0) selfie camera, which sounds great for a mid-range Samsung smartphone.

Two important things to note about the Galaxy M40 is thatÂ thereâ€™s no earpiece up top and no headphone jack onboardÂ as well. Samsung is using screencasting technology, where the screen vibrates to transmit sound when you receive a call. The lack of 3.5mm headphone jack is solved with the inclusion of USB Type-C earphones in the box, which is great.

The Galaxy M40 also sports a 3,500mAh battery, which is a downgrade over the massive 5,000mAh battery pack in the Galaxy M30. It supports 15W fast-charging, which sure is going to come in really handy for heavy users. 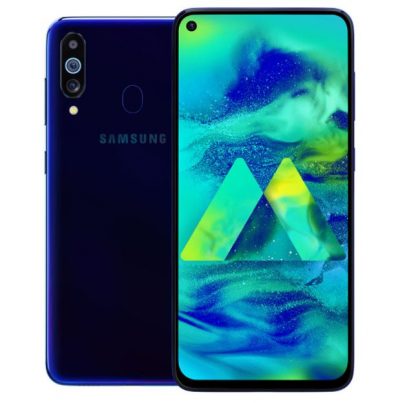 The Samsung Galaxy M40 will be available in Midnight Blue and Seawater Blue colors. Pricing starts at INR 19,990 ($288) and the phone will be available across all the popular online retailers in India including Amazon, Flipkart and Pricebaba starting June 18. Availability and pricing for other markets hasn’t been detailed at this point.

Next Sony Xperia Smartphone may have 6 rear cameras