TellForce Blog
Home How To How to create multiple windows on your phone with Split-Screen Creator
Twitter
Pinterest
Linkedin
ReddIt
WhatsApp
Tumblr
Email
Print
Telegram
Advertisement
Ever felt like doing about two things simultanously on your smartphone without minimizing one for the other? There are several ways to achieve this if you want to. 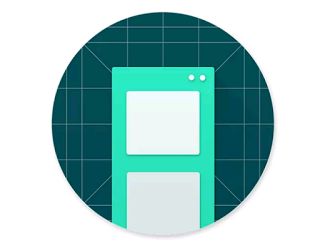 One of the many ways is splitting your phone’s screen by creating a new window. But, not all phones possesses this ability. However, if you install Split-Screen Creator, it is possible. Split-Screen Creator lets you create a shortcut for opening up two apps in multi-window mode.
Now, there a few drawbacks to this app. When you launch this app, the launcher icon is still visible. To remove this, you need to upgrade to the pro version.
Also, Split-Screen Creator does its job by creating widgets, and there is also a widget to take you to the settings screen where you can hide it if you wish.
To get started, you will need to add a widget on an open space in the Home screen. This will open a screen where you select the apps you want to make shortcuts for. Here you will find that if an app does not support it, Split-Screen Creator will not be able to create a shortcut for it. Thus, you need to have apps that support the multi-window function before you can create a split screen.
Even then, it’s quite easy to use the app. Reportedly, you can even use the app to launch a multi-window mode shortcut for app and system shortcuts.
Therefore, if you want to create a split-screen setup of launching the Chrome app, for example, and a shortcut that takes you to a specific setting on your phone, you can make it happen.
There’s another caveat. This app only works on supported launchers. However, it is unclear which launchers it supports, so you will have to find out if your launcher supports it. You can find this app on the Google Play Store. Finally, bear in mind that this app will need Android Nougat installed in order to run.
Source
Join Us On Telegram
ALSO READ:  Gionee F8 Neo Budget Smartphone Launched For Just $75
Advertisment