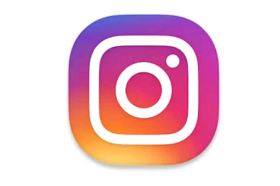 Recently, Instagram also joined the loads of social medias that hackers toyed with following the leaks of users’ information. This Instagram hack came in form of a bug, which lets the hackers to gather email addresses and contact information for millions of accounts.
Most of the accounts involved are verified accounts, though non-verified accounts were affected too. This Instagram hack has however been fixed, says the company.
A little while after this Instagram hack was revealed, a searchable database was discovered, called Doxgram, which allowed users to search for victims’ contact information for just $10 per search. This database provided a list of 1,000 accounts which were available on Doxgram to the Daily Beast, and this list included some of the 50 most-followed accounts on Instagram.
Instagram declined to reveal just how many accounts were affected by this attack, but the company did admit that it is a low percentage of Instagram accounts that were affected. However, Doxgram is currently offline.
Related Posts

Even with the site offline, however, the contact information for lots of celebrities are still on the dark web. According to a cybersecurity firm known as RepKnight, the contact information of actors, musicians and athletes like Leonardo DiCaprio, Channing Tatum, Floyd Mayweather, Zinedine Zidane, Harry Styles, Taylor Swift, Rihanna, Adele and so much more artistes.
Now, this might mean that a lot of these celebrities would change their contact details as soon as possible, so even if one gets a hold of these contacts they would probably be useless.
However, one could use social engineering along with the information to gain access to the account itself. This is said to be exactly what happened to Selena Gomez, whose account was hacked to post nudes of Justin Bieber, her ex-boyfriend.
Now, since it appears like Instagram has no idea which accounts were affected, it means that there’s still cause for alarm. However, the company has said that it is working with law enforcement to fight against the sale of the stolen information.
Below is what Mike Krieger, chief technical officer of Instagram, has to say about this hack:

“We encourage people to be vigilant about the security of their account and exercise caution if they encounter any suspicious activity such as unrecognized incoming calls, texts and emails. The safety and security of our community are important to us, and we are very sorry this happened.”