Xiaomi has been very busy this year, especially for patent filings. The Chinese phone manufacturer had previously filed patents for two foldable phones called Mi Mix FoldÂ andÂ Mi Mix Flip. Recently, report emerged that the Xiaomi Mi Fold with an inward folding design. Now, the company has filed another patent that reveals a simple flip phone in all its glory. 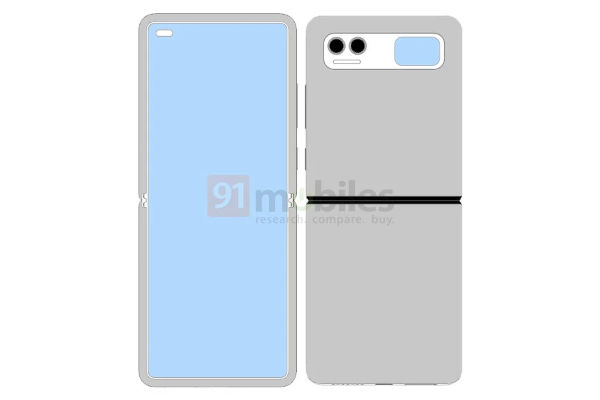 The Xiaomi flip is a new flip phone from the Chinese manufacturer that comes with a simple flip mechanism. Xiaomi had filed the new patent with WIPO(World Intellectual Property Organisation) and it was first discovered by 91Mobies.

The smartphone has dual-rear cameras placed horizontally, along with a secondary display. When unfolded, there is a large primary screen with thin bezels. It has a dual front camera setup at the top left of the screen.

Moreover, the phone has a volume rocker and a power button on the right. It features a speaker grille and a USB Type-C port at the bottom.

As it is still in the patent stage, it could be a long time until we see the device materialize into something real. But till then, the leaks about such phones have got us covered.