By Andre Falana On Nov 6, 2017
Share
Join Us On Telegram
Can we ever forget the Galaxy Note7 fiasco, might not be
easy but the Galaxy Note8 appears to be gradually wiping off the terrible
memory as it passes one of the the biggest tests Samsung ever confronted in
recent times. 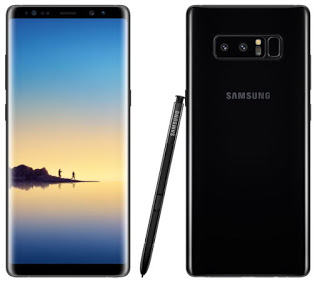 And, as tradition, the attention now swings to next-gen phablet.
Though there have already been some related rumors flying about, a new report
has suggested that the next-gen Galaxy Note device may likely be dubbed Note9
and they code-named it ‘Crown’.

The report comes from the tech titan’s home state of South
Korea, and cites local news publications that have gotten this news from a
component supplier.
Precisely, local news outlet The Bell quotes an official from the supplier in question as
saying, “We will start providing
components for a pilot production (of the Galaxy Note 9) in the first quarter
next year.”
Galaxy Note9
Share

Samsung Galaxy Note 9 Will Be Unveiled On August 9 – Report

Samsung Galaxy Note 9 Will Be Unveiled On August 9 –…