See the SOLUTION to Kingroot error on your Android phone 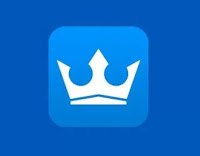 Kingroot is one of the most popular rooting tools for Android devices. With Kingroot, one could root his/her device without connecting it to a PC. However, there are some times when the app would not work on your phone. For example, if you recently updated your Android firmware, Kingroot may not work on your device.
Related Posts

How To Transfer your data from your old Android phone to…

The developers of Kingroot discovered a loophole in the Android platform code, which allowed them to create the app as a normal app. this allowed users to root their devices at the tap of a button. Therefore, if you recently updated your firmware, there is a chance that the loophole has been closed in your device, which makes rooting your device more difficult.

Sometimes, your device would begin to root and then it would get to 20 percent or 50 percent and stop. In this case, you might need to connect to the internet. A lot of times, the app simply stopped working because the device is not connected to the internet.

The app needs to connect to the internet in order for the developers to provide the latest updates to the software. Nevertheless the app was designed to work without an internet connection. Also, you can just update the app itself before you root your device.
The Kingroot team works hard to provide frequent app updates to support all firmware versions, so there’s a chance that you could still root your device even if it has been recently updated.

But then, even if you have the latest version of the app and are connected to the internet, you could still not be able to root your device. In this case, it would be advisable to downgrade your device’s Android version to an earlier one. For now, that is the only solution.
However, Kingroot is not the only way to root your device. You can always try out other methods.
AndroidKingroot
Share