By Andre Falana On Aug 8, 2017
Share
Join Us On Telegram
Related Posts 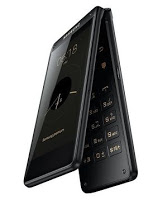 Samsung recently announced a new smartphone dubbed the
Samsung Leader 8, which comes with some pretty nice specifications. Though, you
would be stunned to discover that the device is a flip phone. Nonetheless, this
flip phone is almost as capable as any other flagship phone on the market.


The Samsung Leader 8 is powered by the Snapdragon 821
processor, which you would recognize as the same processor on the Galaxy S7.
Talking about the memory and native storage, the smartphone
boasts of 4GB of RAM and 64GB of internal storage.
The device also features a 2,300mAh battery which keeps the
light on. Well, that sounds a bit awkward to me, somehow too small but it will keep
you through the day, largely owing to the much smaller display, which sits in
at 4.2 inches.
The Samsung Leader 8 also has a 12MP camera with an f/1.7
aperture. Furthermore, there’s a fingerprint sensor just below the camera.
However, the phone has more than just specs; it also
supports Samsung services you would find on other devices, like Samsung Pay and
wireless charging. 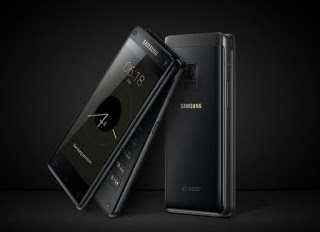 This is surely an interesting concept. But Samsung failed to
talk about the price or availability. The only available information about the
Samsung Leader 8 is that it will be available in China. It also appears that after
the official launch, it may only be available in parts of Asia. 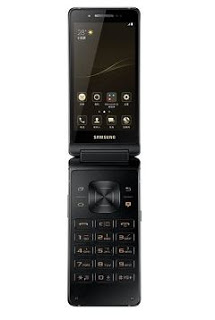 In fact, this is not the first time in recent years that
companies returned to the idea of a flip phone. Last year, Samsung launched the
Galaxy Folder 2, which had mid-range specs rather than the flagship specs on
the Leader 8. Also, in June LG launched the LG Exalt LTE.

It positively great to see that the idea of the flip phone
is not totally dead, despite the fact that most of the world has moved on from
it.
Source
Android
Share

How to print from an iPhone using AirPrint