By Andre Falana On Aug 30, 2017
Share
Join Us On Telegram
Microsoft is presently working on something linked to
Windows 10 Mobile. Though, it is not an upgrade for the operating system since
the Windows 10 Mobile core has been dropped. 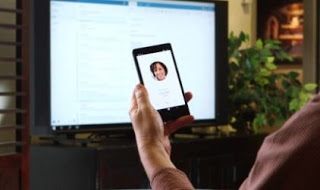 Microsoft appears to be working on a new operating system, called
Andromeda OS as a replacement for
the Windows 10 Mobile.
Microsoft no longer needs its own system in the mobile area.
This is because Andromeda OS will run on all its upcoming devices, regardless
of how identical they will look.
According to rumors at Windows Central, the Windows 10
Mobile system will be discontinued at the Redstone 2 update level. However, it
will still be provided with security and stability updates. The platform cores
for PC and smartphones will not be developed together anymore, also.
According to reports, Microsoft’s Andromeda OS will be a
modular operating system, based on Windows. The goal is to separate individual
parts of the platform from the overall design in order to run on various kinds
of devices.
Related Posts

As for current Windows phones, they will still receive
security and stability updates until the end of 2018. Microsoft can even
release new individual functions on the platform fairly easily.
This proposed reboot with Andromeda OS seems like it will be
quite exciting. After all, the market is still open to operating systems that
work beyond platform boundaries and power diverse types of devices.
Windows 10 was supposed to be exactly that kind of operating
system, but it did not quite live up to that expectation. Thus, this is
technically a return to the starting line for Microsoft. However, we can
certainly hope that Microsoft gets it right this time.
Meanwhile, Android fans will see the name
Andromeda as a desperate attempt by Google to merge Android and Chrome OS.
Work on Google’s Andromeda was stopped earlier this year.
Now, Google has switched its attention to new project Fuchsia. However, Microsoft’s Andromeda OS project is completely different.
Source
Android
Share