By Andre Falana On Aug 30, 2017
Share
Join Us On Telegram
Fitbit as a company is well known for its focus on keeping human fit. Now, the corporation is putting it hand into smartwatch business with its
latest product, the Fitbit Ionic. This is the first true smartwatch from the
company. Cetainly, a lot expected of this product, sighting that Fitbit is
lagging behind in terms of smartwatch production. 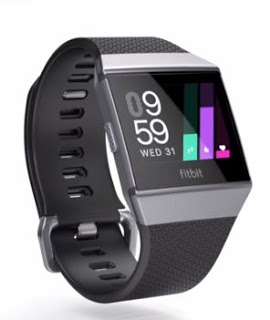 The Fitbit Ionic Built
And Design

The smartwatch is made with a light aluminum case, with
small antenna lines for GPS, Bluetooth and Wi-Fi. The case has a tapered design,
meant to allow the sensors on the back of the device to contact your wrist
comfortably. There are two buttons on the right side of the screen, with a
third on the left side of the display.
The Fitbit Ionic display is a curved spherical glass lens.
Right now, there’s not a lot of information on the exact specs of the screen,
but reports state that the resolution is good enough. The brightness gets to
1000 nits. This is to make sure you can see the screen even in direct sunlight. 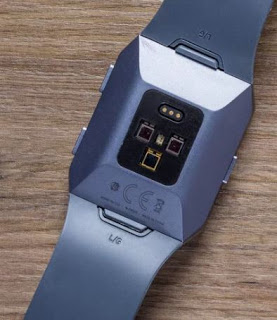 You could certainly call the Fitbit Ionic an upgrade on the
existing Fitbit products, including the Fitbit Blaze. For one thing, it has a
built-in GPS tracker, water resistance, swim tracking, and a third-party app
platform.
Related Posts

In addition, the Ionic runs on Fitbit OS, which the company
says is the new standard for its current and future smartwatches. This
operating system will offer full third-party app support. Also, the company
claims that the device will have over four days of battery life, which would be
quite impressive it turns out to be true.
Shipment and Pricing

Google Acquires Fitbit For $2.1 Billion, To Develop Its…

Fitbit Flyer headphones can connect to two devices at the…