By Andre Falana On Aug 25, 2017
Share
Join Us On Telegram
The Chrome Web Store has been discovered to be housing malware on a Chrome extension. This is not the first time a thing like this would be discovered, this is second discovery in recent times. 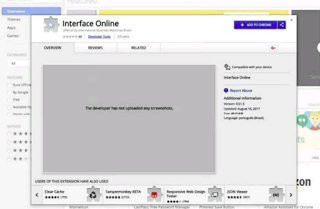 Google Chrome is the most vulnerable browser by 2022

Chrome Browser For Android Not Displays The Number Of Tabs…

This malware served as a data collector, enables further exploitation of the victims. After collecting login information from the victim, the malware transfers the data to a server controlled by the attackers. In targeted attacks, these attackers make use of a combination of social engineering and phishing to wheedle more information out of the victim, then they use this information to steal from the victim.
Now, as pointed out by Ars Technica, this is just a symptom of a common problem affecting the Chrome Wed Store. A lot of extensions have been discovered to contain malware. It is now quite difficult to know which extensions you can trust.
Although downloading any software from vetted sources is a great way to avoid being hit by malware, it makes it quite difficult to trust these same vetted sources when things like this happen. This also goes for malware that is ultimately distributed under trusted developer accounts which have been compromised.
It has been recommended that Google should enable two-factor authentication for accounts on the Web Store to limit this problem, and also encourage developers to adopt practices that limit extensions’ access to passwords and other credentials.
Source
Google Chrome
Share

What You Need To Know About MTN Shortz

Google Chrome is the most vulnerable browser by 2022

Chrome Browser For Android Not Displays The Number Of Tabs Correctly