By Andre Falana On Aug 25, 2017
Share
Join Us On Telegram
Most people uses YouTube for more than just watching funny videos or related clips. But when in the need of updates on current events, they look for other sources, and most of these alternatives tends to be unreliable at times. 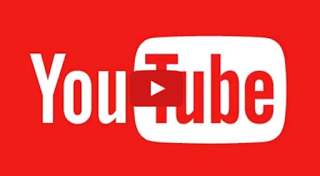 Now, YouTube is telling us that there’s so much one can do with it than just watching music videos. YouTube now has a Breaking News section, which has a collection of videos that share breaking news from any part of the globe.
These news videos can be seen in a horizontally scrollable format, and they are unique to your region. Right now, this Breaking News feature has been launched on Android and iOS platforms, as well as desktop however, not quite everyone has gotten the feature yet.
Related Posts

Also, it is not clear as to whether this Breaking News section will only be operational when there is breaking news. However, it is quite clear that people from the same region would be receiving the same news.
If you do not want to see the news, you can hit the X on your desktop platform, or tap the Not Interested option in the three-dot menu on your mobile device.
Now, it might seem weird that YouTube is delving into Breaking News. After all, YouTube is where people go to avoid the news. However, it makes sense that some current events would at least get a chance of reaching some consumers. By the way, YouTube CEO Susan Wojciki announced recently that 1.5 billion people watched an hour of video on mobile alone.
Currently, for those that see the breaking news section, it seems like they are being served news from traditional networks. But if the section finds a surer footing, it would be an opportunity for YouTube celebrities and personalities to give their viewers their own take on daily happenings. After all, Snapchat serves its viewers daily news. YouTube can surely do the same.
Source
Share