iQOO 10 series launch event has been confirmed to take place on July 19 in China. And now, the brand has released a video to confirm the design of the iQOO 10 lineup. The video has revealed the fast-charging capabilities of the device. 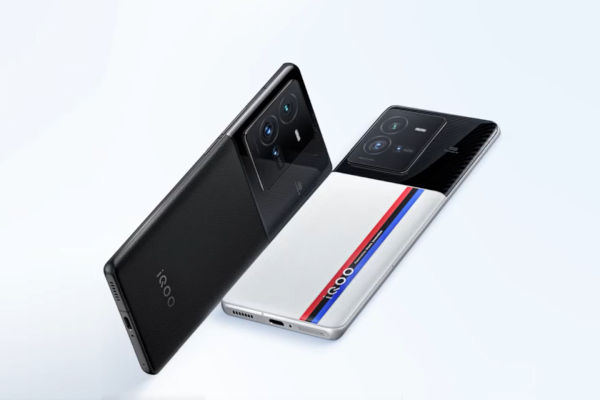 The iQOO 10 and 10 Pro seems to sport an identical design. A screenshot of the video reveals the black and BMW Legend edition of the iQOO 10 / 10 Pro. Both color variants have a glass portion at the top, which houses a triple camera unit and engraved texts such as 40x (zoom) and Vivo V1+ (photography enhancing chip).

Another screengrab from the video has revealed vital details about the iQOO 10 and 10 Pro. The former supports 120W fast charging, whereas the latter will be the world’s device to support 200W fast charging. Both devices are expected to feature the Snapdragon 8+ Gen 1 chipset. Some reports have suggested that the iQOO 10 series may also include a Dimensity 900+ chipset variant.

The iQOO 10 Pro will feature a 6.78-inch AMOLED QHD+ display that offers a covered edge design. The Snapdragon 8+ Gen 1 powered device will arrive with up to 16 GB of LPDDR5 RAM and up to 512 GB of UFS 3.1 storage. It will boot to the Android 12 OS with OriginOS and iQOO UI on top.

The 10 Pro will pack a 4,550mAh battery with 200W fast charging and 65W wireless charging. Its rear shell will have a 50-megapixel (main) + 50-megapixel (ultra-wide) + 14.6-megapixel (telephoto, 3x optical zoom) triple camera unit and a 16-megapixel front camera. It will come equipped with an ultrasonic in-screen fingerprint sensor.