Qualcomm officially unveiled its highly anticipated flagship SoC, the Snapdragon 8+ Gen 1 smartphone chipsets in China. And it is great news for 2022 smartphone buyers because the company is promising much-improved performance, much-improved power efficiency and much better thermals for the Snapdragon 8+ Gen 1 announced today as the SoC is manufactured under TSMC’s industry-leading 4nm power-efficient process! 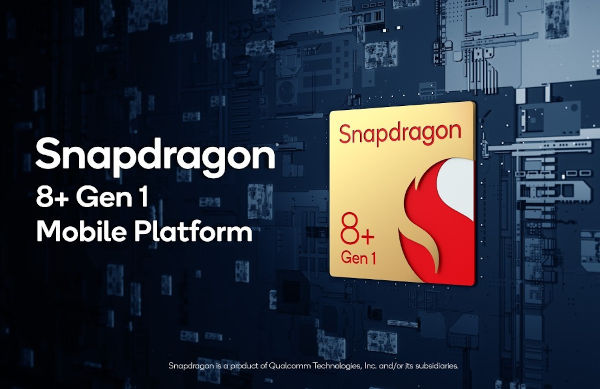 The Snapdragon 8+ Gen 1 is a revamped version of the Snapdragon 8 Gen 1 revealed in November last year. It features the same octa-core architecture setup with a single ultra high performance Cortex-X2 core, three Cortex-A710 cores, and four Cortex-A510 efficiency cores, but with a few minor tweaks to improve the premium smartphone experience for flagship Android users.

Next are the power efficiency gains. By switching over from Samsung to TSMC, Qualcomm has managed to improve power efficiency by up to 30% for the Snapdragon 8+ Gen 1, meaning that the chipset consumes less power overall, leading to improved thermals and improved battery life, in addition to the performance gains that the new chipset brings. 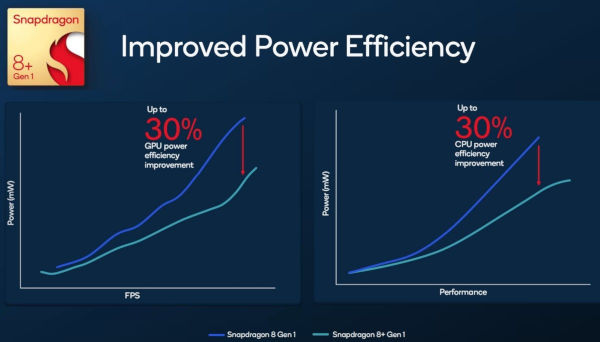 The Snapdragon X65 modem can deliver peak 5G speeds of up to 10Gbps, while the FastConnect 6900 WiFi modem runs Wi-Fi 6/6E at up to 3.6GHz. The chipset also supports Bluetooth 5.3 connectivity that includes Qualcomm’s latest aptX Lossless technology and Bluetooth LE Audio. 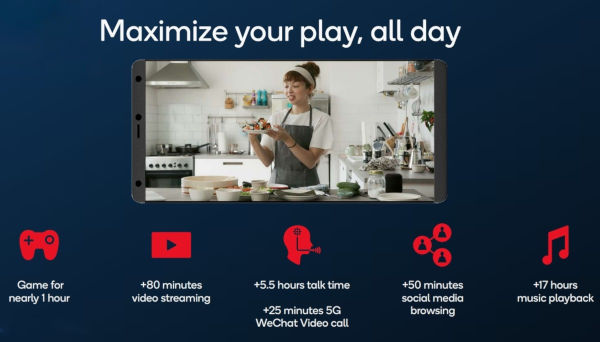 The chipset houses the same triple 18-bit Spectra ISP that can handle up to 200MP sensors and 8K video capture at 30fps (4K at 120fps), plus image processing tricks like multi-frame noise reduction and staggered/DoL HDR. It even supports a dedicated bokeh engine and support for HLG, HDR10+ and Dolby Vision formats. 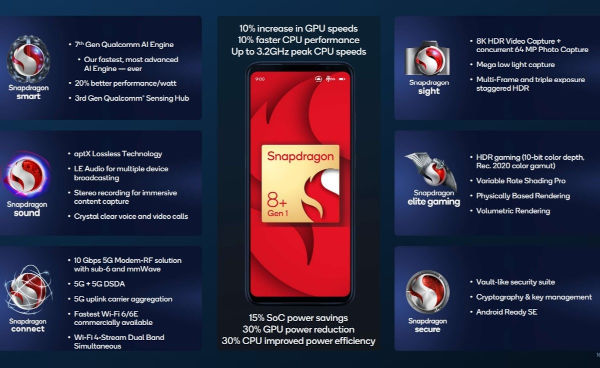 Qualcomm has also announced that its partners, such as Xiaomi, Realme, Motorola and OnePlus will be bringing the Snapdragon 8+ Gen 1 to the smartphone market starting from Q2 2022.