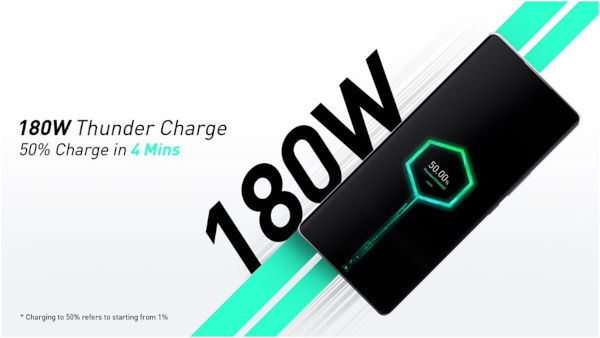 The goal of the new Infinix 180W Thunder Charge is to charge 50% of a 4,500 mAh battery in just four minutes. The company will provide a Furious Mode that allows the tech to charge at maximum speed. There is also a normal mode that will keep the temperatures lower.

Worth noting, that Infinix already teased its capabilities with charging this year. The company launched the Infinix Note 12 VIP with 120 W fast charging. It effectively proves that the company knows what is doing in this territory.

The company revealed details about the 180W Thunder Charge. It will use 8C batteries connected in series so that each only has to handle 90 Watts of power. That’s still a lot, so there are several layers of protection. The goal is to improve efficiency and keep heat generation at the bare minimum. 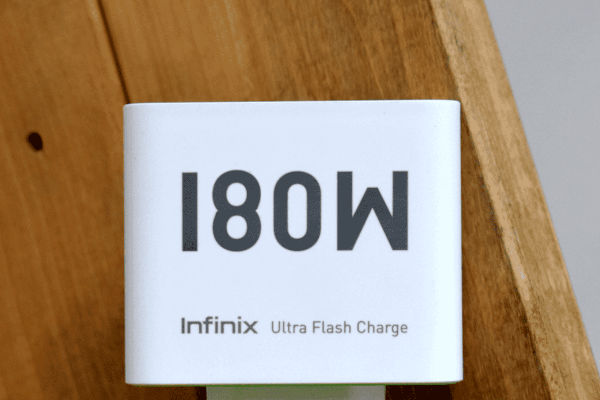 Infinix worked with leading battery manufacturers to create a multi-electrode lug design. It reduces the battery’s internal resistance by more than 50 percent. Those two batteries are fed by three charge pumps with 99 percent conversion efficiency. These things cut down on the heat being generated. However, they are not enough to ensure safe operation. The Thunder Charge system has 111 software and hardware security mechanisms.

Furthermore, there are also 20 temperature sensors that monitor the USB port, charging chips, battery, and other key locations.

Thunder Charge will make use of a special encryption chip. It verifies the cable’s authenticity. Other cables can be used, also the Infinix charge can be used on other devices. The power, however, will be capped to 60 W or 100 W depending on the case. The company says Thunder Charge has full TUV Rheinland certification for a safe fast-charge system.