The Nokia brand name is not entirely new on laptops as a netbook called the Nokia Booklet 3G was announced back in 2009. Just as we have the name is found on phones, TVs, streaming boxes, new laptops are about to carry on with it. This new computer to be launched soon is the Nokia PureBook X14 and it has been spotted on FlipkartÂ ahead of its launch. 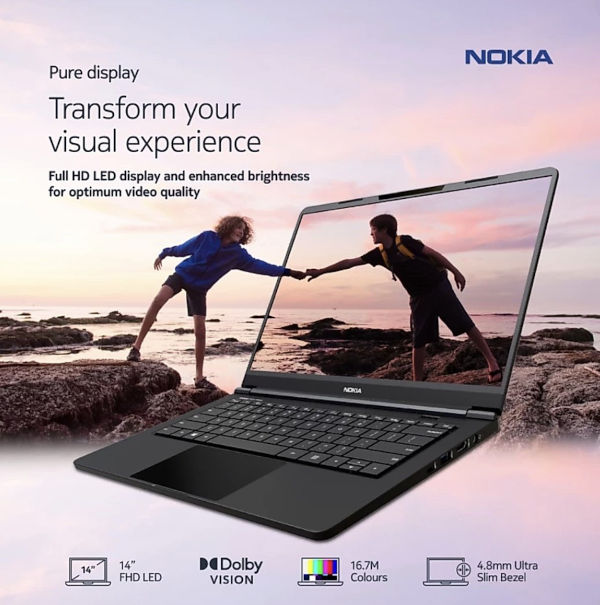 Though the listing has been deleted, Tushar Mehta of XDA-Developers was able to grab some screenshots. Details provided by the listing reveal the Nokia PureBook X14 will feature a 14-inch FHD LED display with side bezels that measure 4.8mm in thickness. It is powered by an Intel 10th Gen Core-i5 processor paired with 8GB of RAM and 512GB NVMe SSD storage.

For connectivity, there are two USB 3 ports, one USB 2.0 port, one USB-C port, an ethernet port, an HDMI port, a microphone+audio jack combo port, and a barrel-type charging port. The notebook supports 2.4GHz and 5GHz Wi-Fi and also has Bluetooth 5.1, Dolby Vision, and Dolby Atmos. The PureBook X14 will be available in Matte Black and will run Windows 10 Home out of the box. 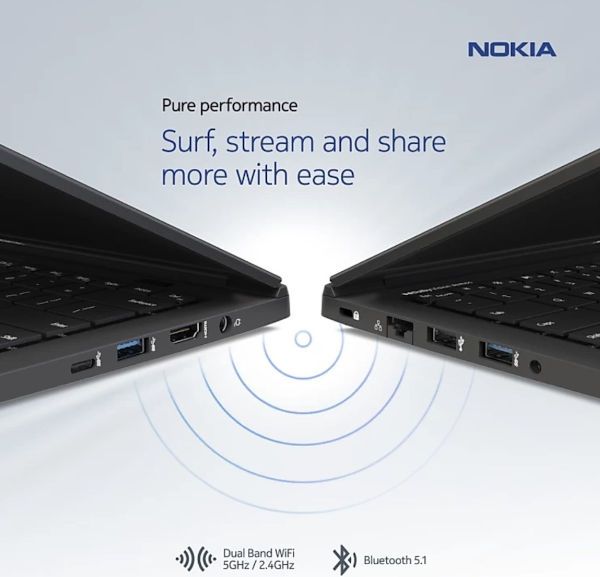 The listing also states that one of the selling points of the laptop is its weight. With its magnesium-aluminum alloy body, the Nokia PureBook X14â€™s weight is just 1.1 kilograms. 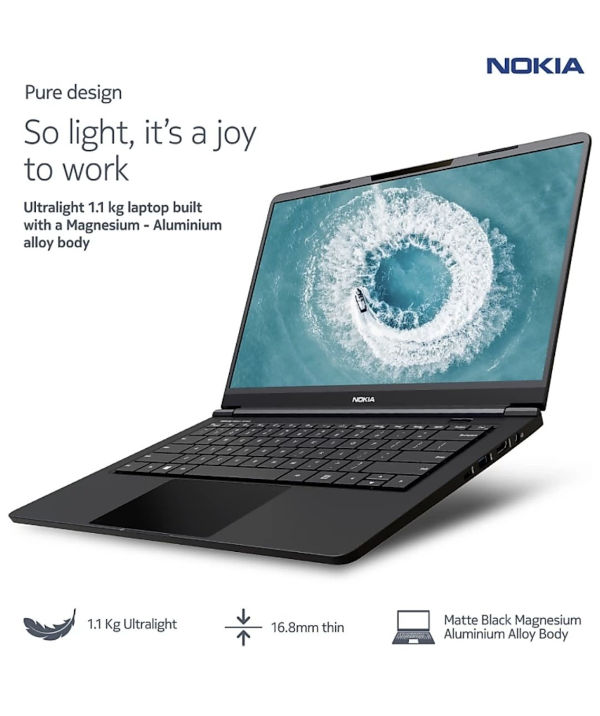 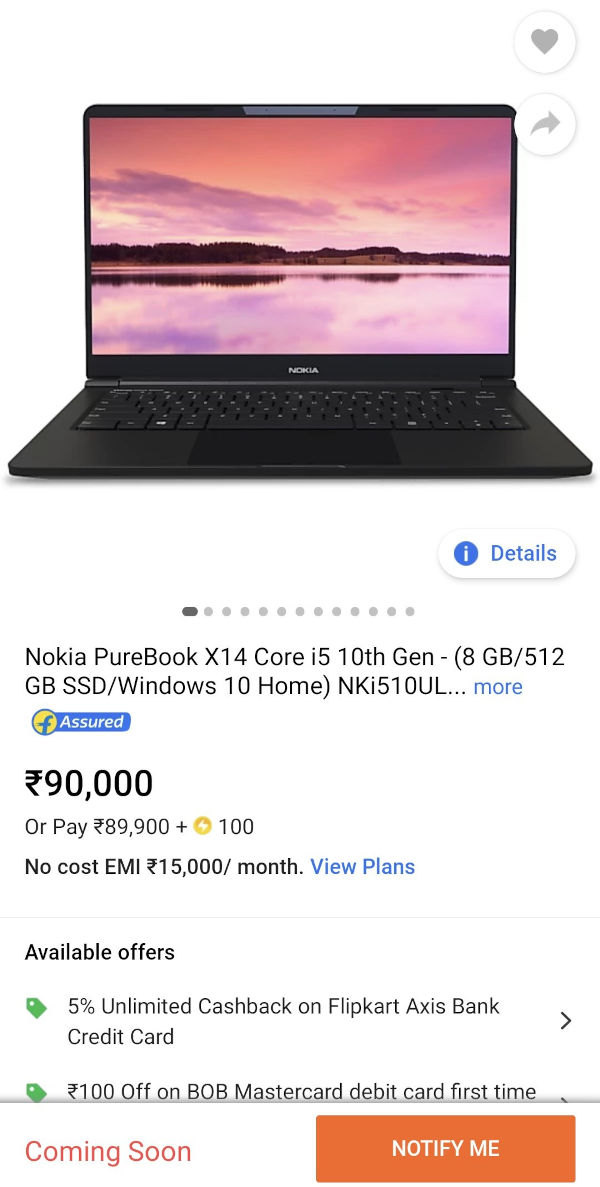 No official release date yet but don’t be surprised if it launches this week. We also expect to see more models, hopefully, more affordable ones, in the near future.