There are lots of phones springing up these days as well as 4G LTE phones that looks like smartphone, yet they are feature phones. An example is the Ntel Nova N1. And now, we have the itel it6910, which looks like a smartphone in many aspects but it’s still a feature phone.

What itel did here is to make a 4-inch touchscreen feature phone with a homescreen that looks like Android. Look at that homescreen again. Anyone would be forgiven for supposing that this was an Android phone. But it isnâ€™t one.

This is a nice idea though: a 2G feature phone with a 4-inch screen â€“ away with those alphanumeric buttons â€“ Bluetooth connectivity, a basic 3 megapixel main camera, 1.3 megapixel selfie camera, Wireless FM radio, and a 1900 mAh battery in a nice package. Being an itel phone, it has a dual-SIM slot too.

The internal memory is a paltry 8MB, so you will need a memory card (up to 16GB) to boost that. 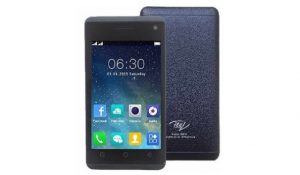 Being a feature phone, though, there is every indication that the 1900mAh battery will hold up well, so you donâ€™t have to run around for a charger every few hours. Still, we shall see.

As for internet connectivity, all you get here is GPRS and EDGE. There is no mention of Wi-Fi in the specs sheet, so we can safely assume that it isnâ€™t available.

Where can you buy iTel It6910 and how much does it cost? You will find it available for purchase on sites like Jumia, Jiji, and other retail sites across Nigeria, Ghana, Kenya, and Uganda. In Nigeria, it costs NGN7,300, KSh 2,790 in Kenya, and UGX 100,000 in Uganda.

MIUI 10 Unveiled – See Phones That Will Get it