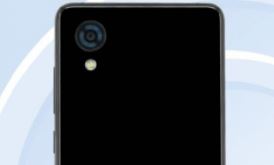 Sharp Aquos S2
which was launched in August brought an amazing bezel-less design and now a follow-up
design here again with the model name FS8018 as appeared on TENAA. Thought the
two looks similar in appearance, the unannounced comes with a 16 MP camera on
the back and a massive 20 MP shooter on the front.
The FS8018 features a 5.48” screen with the specific
resolution of 2040×1080 pixels as seen in the  Aquos S2. FS8018 is powered by a octa-core
CPU, clocked at 2.2 GHz – most likely either Snapdragon 630 or Snapdragon 660.
It will come with 4 GB/6 GB RAM and 64 GB/128 GB storage.
Related Posts 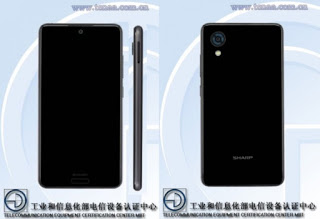 The OS running is Android 7.1.1 Nougat and the battery
capacity is 2,930 mAh. The size is also very similar to the Aquos S2 – 142.7 x
73 x 7.8mm (compared to 141.8 x 72 x 7.9 mm) and weights 140g.
By the looks of it, Sharp is preparing an addition to its
flagship portfolio with a powerful selfie-centric device, eventually naming it
Sharp Aquos S3. We are yet to have more information about pricing and
availability.
Sharp
Share