TellForce Blog
Home Cryptocurrencies European Union agree on new rules to stop bitcoin anonymity
Twitter
Pinterest
Linkedin
ReddIt
WhatsApp
Tumblr
Email
Print
Telegram
The EU targets bitcoin anonymity, saying the measure is now needed to curb tax evasion and other crimes, according to report by Reuters. The anonymity of the cryptocurrency holders is a built-in feature that the EU hopes to undermine.

Bitcoin blasted to another all-time high of almost $18,000 on the Bitstamp exchange on Friday, up 9 percent on the day, as warnings grew over the risks of investing in the highly volatile and speculative instrument.

The cryptocurrency’s staggering recent price rises, more than 1,700 percent since the start of the year, have driven worries that the market is a bubble that could burst in spectacular fashion.
Bitcoin has climbed almost 80 percent so far in December alone, putting it on track for its best month in percentage terms since December 2013.
On Friday it reached as high as $17,900 on the Luxembourg-based Bitstamp exchange.
The new rules concerning cryptocurrency passed on Friday by the European Parliament and the European Council are part of a larger package, which also target prepaid cards and trust funds. The agreement is meant to be enshrined in legislation within 18 months by EU members.
Once they become law, the rules will require cryptocurrency exchange platforms and wallet providers to identify their clients. Identifying individuals and entities holding bitcoin and other digital currencies will presumably help to prevent tax evasion, money laundering and financing of terrorism.

A cryptocurrency operates through a network of “nodes” that track and validate individual transactions through cryptography techniques. Possession of currency units is locked thanks to secret private digital keys while exchanges are made with a public key derived from them. A wallet is basically a collection of private keys needed to authorize a transfer of the currency. The protocol was designed to make wallet owners anonymous while transactions themselves are public and traceable.
The anonymity of bitcoin and other cryptocurrencies made them a useful tool for illicit activities, from the purchase of drugs and illegal firearms to hiding wealth from the authorities. Supporters of the system say its benefits as a decentralized method of payment independent from any government will outweigh its drawbacks in the long run.
Countries throughout the world have been seeking ways to rein in cryptocurrencies, which are becoming a mainstream financial instrument. In addition to the criminal overtones, regulators are concerned that cryptocurrency exchanges are not subject to the rules applied to more traditional financial platforms and are thus prone to manipulation and volatility.
The EU financial transparency agreement came after a year of negotiations. Some members of the union opposed some of the suggested measures like those exposing trust funds, fearing they would hurt their economies. Britain, Malta, Cyprus, Luxembourg and Ireland were among those concerned about the changes, according to EU officials involved in the deal.
Europe’s Justice Commissioner Vera Jourova hailed the Friday decision as a breakthrough, saying: “Today’s agreement will bring more transparency to improve the prevention of money laundering and to cut off terrorist financing.” It was also hailed by Transparency International, although they added that the transparency rules for trust funds could have been even stricter.
Source
ALSO READ:  Bitcoin (BTC) Crosses The $30,000 Mark 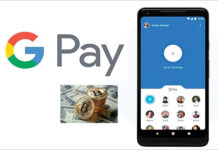 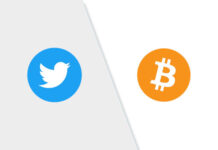 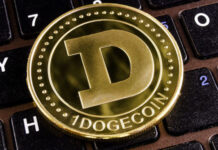