By Andre Falana On Dec 16, 2017
Share
Join Us On Telegram
Instagram has yet again released an update to its app. The Facebook-owned
social network latest update (version 26) can said to have simply been inspired
by the holiday spirit.

The company’s graphic department has obviously been seriously
busy, and so the developers. One of the more advanced new additions to the v26
update is a set of new sounds for the Superzoom effect.
Users will be able to
choose from “Beats,” “Bounce,” and “TV Show” sounds. If you’re like us and not
exactly intimately familiar with Superzoom, it is basically a dramatic close-up
video effect, to the sound of dramatic music, introduced back in October last
year. 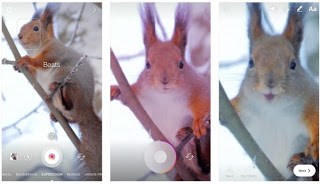 Three new festive filters have been added for you to enjoy: a frosted glass effect, holiday makeup and a gold and silver balloon overlay, complete with digital confetti.Moreover, the stickers library will soon get an expansion with a variety of Christmas, Hanukkah and Kwanzaa-themed ones, including penguins, snowflakes, winter clothing, ice skates and lots more. 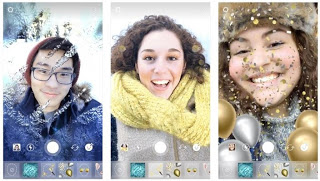 You can expect to start seeing all the new content, roll our
gradually over the next few weeks. And there is more to look forward to as
well. The company has confirmed that it will be implementing a text-based
search feature for emojis and stickers in Stories. Initially, English will be
the only supported language and it should be enough to simplify the hunting
process. 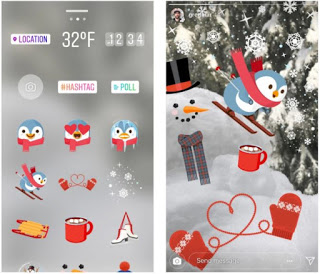 Also, you might recall that Instagram is already testing a
separate Direct app, which basically separates out the messaging feature,
Facebook Messenger-style. While undoubtedly a polarizing move, the division is
bound to happen at some point. Rumours also hint at a new ability to re-post
other people’s photos and videos, as well as GIF support in Stories for future
Instagram updates.
These updates are available as part of Instagram version
26.0 for iOS in the Apple App Store and for Android in Google Play.
facebookInstagram
Share