TellForce Blog
Home Google See the percentage of Nigerians who use smartphones reported by Google
Twitter
Pinterest
Linkedin
ReddIt
WhatsApp
Tumblr
Email
Print
Telegram
Advertisement
Join Us On Telegram
A report revealing the percentage of people using
smartphones around the globe has emerged. Google’s
Connected Consumer Study is a platform under the Think with Google initiative
that provides key insights about audiences, consumer trends and technology
shifts in the market. 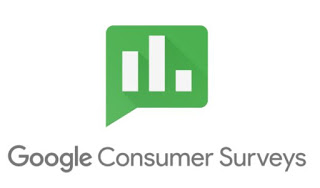 The recent report did not only reveal the percentage of
people who owns Smartphones in Nigeria, it also provides reports on Internet
penetration in the country as well as other aspects.
The study says just 23% of Nigeria population make use of computers
in 2017 while only 53% use smartphones, this figure is higher than that of
Kenya’s 43% and lower than South Africa’s 60%.
In the aspect of internet penetration in the above mentioned
African countries, the reports says:
However, despite recording 63% in the internet penetration
insight, only 23% of Nigerians accesses the Internet daily.
From my own end, I would say this report might be a bit inaccurate
due to the internal incompetency battling with data gathering processes in the Nigeria
and Africa generally. It’s a tough task due to the different approaches used in
gathering data, which always leads to inconsistencies in the outcomes
Well, do you agree but with Google’s results?
ALSO READ:  Samsung Galaxy S10 update brings slow-motion selfie videos and auto-hotspot
Advertisment

You Can Now Download News For Offline Viewing On Chrome for...