Caviar, the popular luxury phone redesigning company that recently released its bizarre iPhone X with a solar panel on the back and the Nokia 3310 with a golden plaque of Vladimir Putin and Donald Trump’s faces, has yet again announced another device for those with larger pocket filled with money.

A unique single-copy iPhone X Imperial Crown with a golden coat of arms of the Russian Federation and over 300 crested with precious stones. 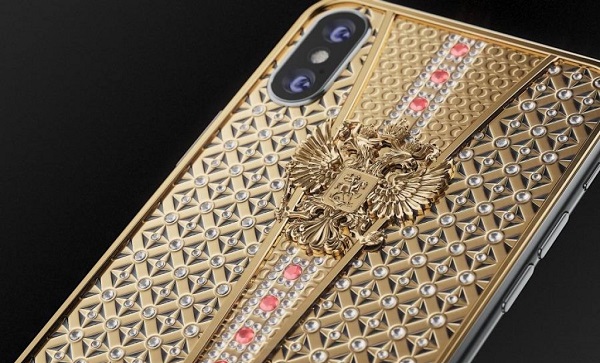 The phone has about 344 diamonds of different sizes encrusted at the back. The iPhone X imperial crown also has also a single line of 14 large rubies as well as a golden plaque of the two-headed eagle.

The unique device with just 64 GB internal storage has a break-bank price tag of €34,000 or RUB2,4 million.

Join Us On Telegram
ALSO READ:  The 2019 iPhone lineup will have 128GB base storage
Advertisement
Advertisment

Diezani Alison-Madueke has been reportedly seen strolling through the streets of...