By Andre Falana On Nov 11, 2017
Share
Join Us On Telegram
LEAGOO’s is set to announce its latest mid-range smartphone,
the LEAGOO T5c. From the time when it launched its full-screen smartphones S8
and S8 Pro, LEAGOO continues to roll out new products. 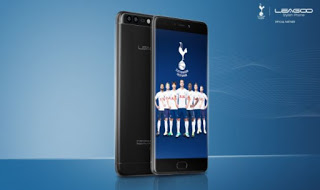 Sources says the new LEAGOO’s product is dubbed “LEAGOO T5c”
is a budget-friendly version of the previously launched LEAGOO T5. The T5c,
however, features the same all-metal unibody and flawless designs from T5 but
more affordable than its predecessor.
Related Posts

Below is the rumoured specs of LEAGOO T5c:
Despite having some mouth-watery specs, it carries an
estimated price tag of be $129.99. It is expected to be launched on December 5
this year.
LEAGOOLEAGOO T5c
Share

LEAGOO XRover – First Rugged Phone In The World with…