TSTv gives away 5000 decoders for free this week 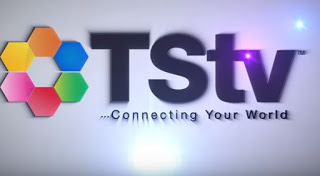 This is coming as a Good news to Nigerians who are highly interested
in possessing a decoder from Telcom Satellite Television (TSTv). According to
the CEO of the pay TV today, TSTv will be giving out 5000 decoders to Nigerians
free of charge across the country to test their services.
Dr. Bright Echefu who is the CEO, said they planned to give
out the free decoders during the official launch but due to the turnout that
day, they had to suspend it. However, he assured Nigerians that the planned
giveaway is still in place.
ALSO READ: TSTVrevolution may be similar to Globacom’s type in 2003
Related Posts

The test decoders will be distributed for free for the
purpose of testing services in the all the 36 states for 2 weeks after which
commercialization and sales of TSTv will officially take off from November 1,
2017.
Bright appealed those who had already paid some dealers for
the decoder to go back and get back their money because the test decoders are
free of charge for now. Watch the video below to hear him speak.
TSTV
Share