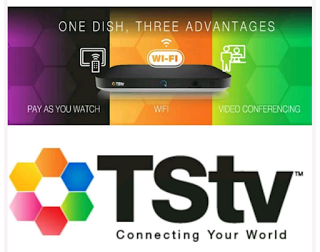 Following the launch of TStv, Telcom Satellite TV in Nigeria yesterday October 1, DStv/GOtv and StarTimes, and other pay TV providers, are expected to start having sleepless night if had not.
The source of their ranging anxiety may be the introduction of the Pay-as-You-Consume (PaSC) model and data bundle by the new operator.
Related Posts

Other pay TV networks had consistently argued that the model cannot  work in Nigeria on the basis that they bought the contents they relay as a whole and not in bits. And now, TStv has roll out its Pay-As-You-Consume plan on October 1, 2017, and industry analyst predict that the new baby would win over a lot of customers from its competitors.
Analysts have expressed the hope that TStv would, indeed, redeem its promise of offering unique services, and thus break the MultiChoice’s dominance in the business in Nigeria. The move by the incoming operator is targeted at attracting more subscribers to their service, which is considered to have been tailored along the yearning of Nigerian pay TV customers.
When the new plan begins, it is expected to replicate the revolutionary feat Globacom made in the telecoms industry through the introduction of per second billing (PSB). Before the implementation of PSB by Glo, MTN and Econet (now Airtel) had maintained that it was not possible to operate the PSB until after seven years, but Glo made it possible immediately it hit the market in 2003.
DSTVTSTV
Share

Five Cable TVs That Have Tried To End DSTV’s Monopoly

Specs and Features of TSTv Decoder