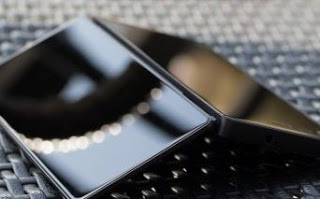 The much anticipated Axon M, ZTE will soon be released as a foldable
phone. The device has appeared on Geekbench.

According to the FCC listing, the foldable phone will be
running on Android 7.1.2 Nougat when launched. 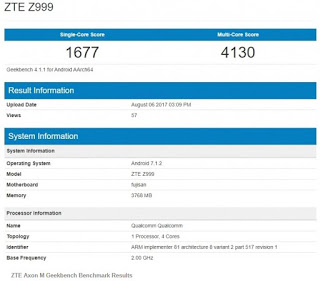 Other revealed specs by the Geekbench listing includes a quad-core
CPU Qualcomm chipset which is expected to be the Snapdragon 821, accompanied by
a 4GB RAM. Of course, the Adreno 530 GPU should not have any trouble in taking
on the twin 1080p screens that offers a total pixel resolution of 2160 x 1920.
ALSO READ: How to check your iPhone’s battery health status- battery cycle counts and other details
However, no information on when it would be released since
this is just a leak and not official info. Other specs expected are as follows:

Though this concept is similar to Sony’s Tablet P which was unveiled
back in 2011, the Axon M is expected to benefit from the engineering improvements
made in recent years after 2011.So, we expect better technology. Imagine having
a novel-like phone with all-screen touch in your pocket.

Well, we’ll possess more knowledge on the Axon M as it will
due to be annnounced during an event in Brooklyn on October 17.