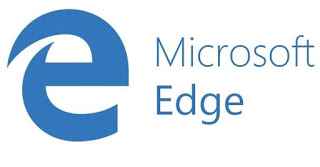 Don’t tell me this is going to be true. Yes, Microsoft might
really be trying to port its sleek and fast browser to both Android and iOS
platform. Appears the war is about to start in the mobile browser world.
Rumour had it that Microsoft Edge will become multi-platform
before the close of 2017, and this implies that if the rumour is true, what we
need to do is to wait patiently for just three months. The Redmond simply has
less than three months to make the Microsoft Edge available for the leading
mobile operating systems.
The Microsoft Edge is seen as the mystical descendant to the
popular Internet Explorer announced a few years ago together with Windows 10.
Related Posts

Now, Edge needs to sit up because it has a lot of
competitors such as Safari by Apple, Chrome by Google, Mozilla’s Firefox,
Opera, Samsung’s internet browser and many more. It’s densely populated world
already.
However, the iOS version of Edge won’t be the same
autonomous internet browser as its Android equal due to the reason that it will
still make use and submit to Safari’s WebKit engine.

Rumours also said s that all Bing services will be part of
the Edge package, like full page translation and others.